'I have never felt this much pain': Teen dies after being struck by vehicle in Saanich crosswalk

A teenager who was struck by a vehicle in a Saanich crosswalk on Monday has died.

Kaydence Bourque, 16, was crossing the street in a marked crosswalk at the intersection of Cedar Hill Cross Road and Merriman Drive around 9:45 p.m. when he was hit by a driver.

The Reynolds Secondary student was rushed to Victoria General Hospital in critical condition. On Wednesday, Saanich police confirmed he had died.

In a statement posted to her Facebook account Tuesday, Crystal Bourque said her son had just got off the bus when he was struck less than "100 feet from our front door."

She said her son never regained consciousness and was pronounced dead at 4:20 p.m. Tuesday. 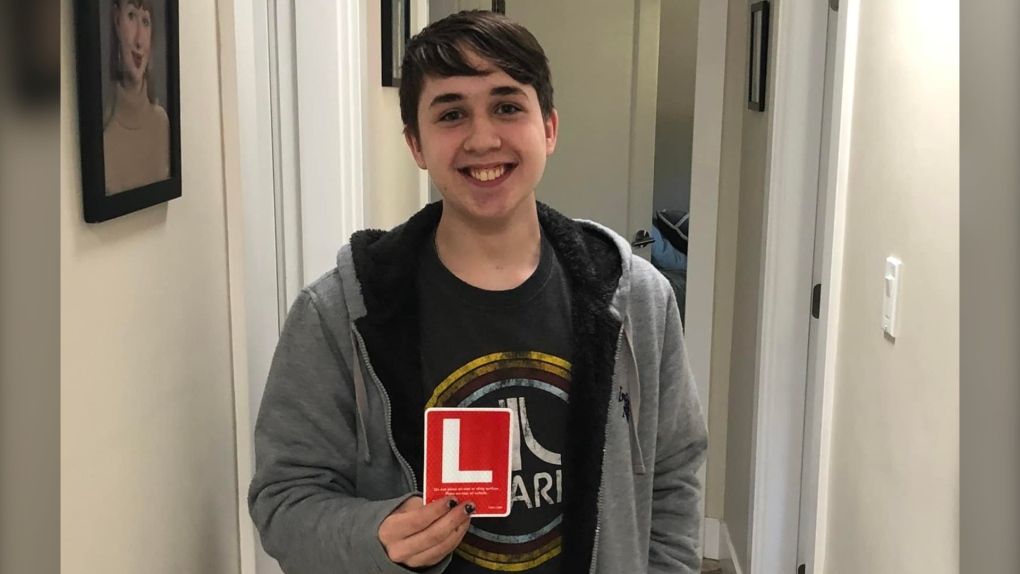 Kaydence Bourque, 16, was crossing the street in a marked crosswalk at the intersection of Cedar Hill Cross Road and Merriman Drive around 9:45 p.m. when he was hit by a driver. (Crystal Bourque/Facebook)

"His body is being kept alive until Thursday morning at 5:30 a.m. when his organs will be used to save up to eight people," the mother wrote. "I have never felt this much pain in all my life. I have not slept in over 40 hours now and won’t leave his side until the very end. I don’t know if I will ever recover from this."

The driver remained at the scene and is cooperating with investigators, police say.

"Our heartfelt condolences go out to the family, friends and anyone that has been affected by this very tragic incident," the police department said in a statement.

Saanich Mayor Fred Haynes said in a statement posted to his Twitter account Wednesday that he is "saddened by the tragic loss of a young life."

The mayor said the municipality will "be looking into the circumstances that may have contributed to this incident."

"This is especially important because there is an elementary school close by, along with Community Living Victoria having their facility at the corner where the incident occurred," Haynes said. "We're currently working to provide more information."

A GoFundMe campaign has been launched to help support the Bourque family. As of 5:30 p.m. Wednesday, it had nearly reached its $10,000 goal, despite being live for only a few hours.