'I don't have hope anymore': Husband reacts as man who killed Mountie gets parole 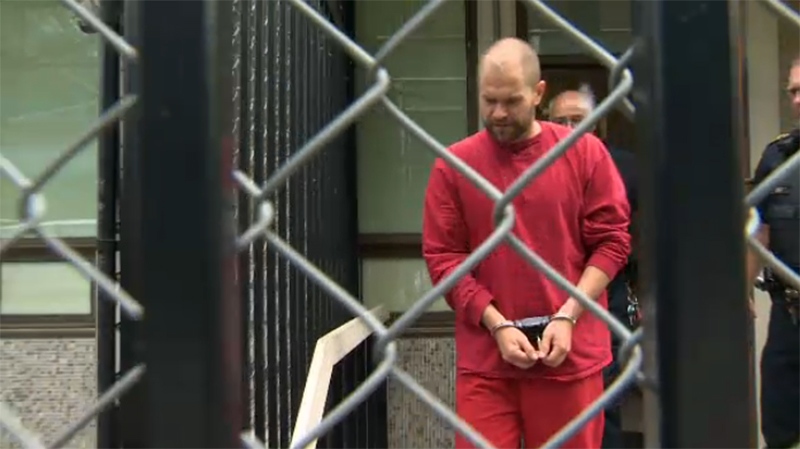 The husband of a slain Vancouver Island RCMP officer says he has lost faith in the justice system after the man responsible for his wife's death was granted day parole Friday.

Kenneth Jacob Fenton is serving a four-year sentence for killing West Shore RCMP Const. Sarah Beckett in April 2016, when Fenton sped through a red light while driving drunk in Langford.

Fenton's pickup truck slammed into Beckett's police cruiser, killing her and leaving her two young boys without a mother.

Fenton was subsequently sentenced to an additional 18 months for a drunk-driving crash he caused one month after the crash that killed Beckett.

Beckett's husband Bradley Aschenbrenner told CTV News Friday that he "was praying" Fenton would not be released.

"Sarah still doesn’t have a voice," Aschenbrenner said. "I don't have hope anymore with Canadian laws. I don't have any hope in Canada doing the right thing."

The conditions of Fenton's parole include a ban on purchasing, possessing or consuming alcohol or drugs, as well as prohibitions on contacting any friends of Beckett or members of her family.

Fenton is also barred from the West Shore communities of Colwood, Metchosin, Langford and Sooke.