'Hundreds of thousands of lights': Truck Light Convoy ready to roll through Greater Victoria for charity

'Hundreds of thousands of lights': Truck Light Convoy ready to roll through Greater Victoria for charity

On Thursday, Mark Volk, president of the Island Equipment Owners Association, was putting the final few lights on Santa’s Workshop.

He's hanging the lights in preparation for this Saturday’s Truck Light Convoy and Food Drive.

"It’s an amazingly warm feeling," said Volk. "You pass, I guesstimate, about 100,000 people between Ogden Point and the Western Communities."

Beginning at 5:30 p.m., the convoy of 80 decorated trucks will leave Ogden Point in Victoria and meander through Greater Victoria before ending at Bear Mountain Parkway in Langford around 8:30 p.m.

Organizers ask that spectators bring a food donation, which will go to multiple food banks in the region.

One of those food banks is the Goldstream Food Bank.

Last month, the Goldstream Food Bank saw demand rise by 60 per cent, according to Walter Dubeau, vice president of the food bank.

"Everything that we’re going to have donated in the next few weeks will help us start the new year," said Dubeau.

In Sidney, the Peninsula Food Bank is also seeing a rise in demand.

"Here on the Peninsula our demand is up about 25 to 30 per cent," said Tyson Elder, operations manager at the Sidney Peninsula Food Bank.

But Elder says the truck light convoy will help cover the demand.

"The amount of donations they bring into local food banks and other charities around the area, it’s fantastic," he said.

It’s the truckers' way of giving back. 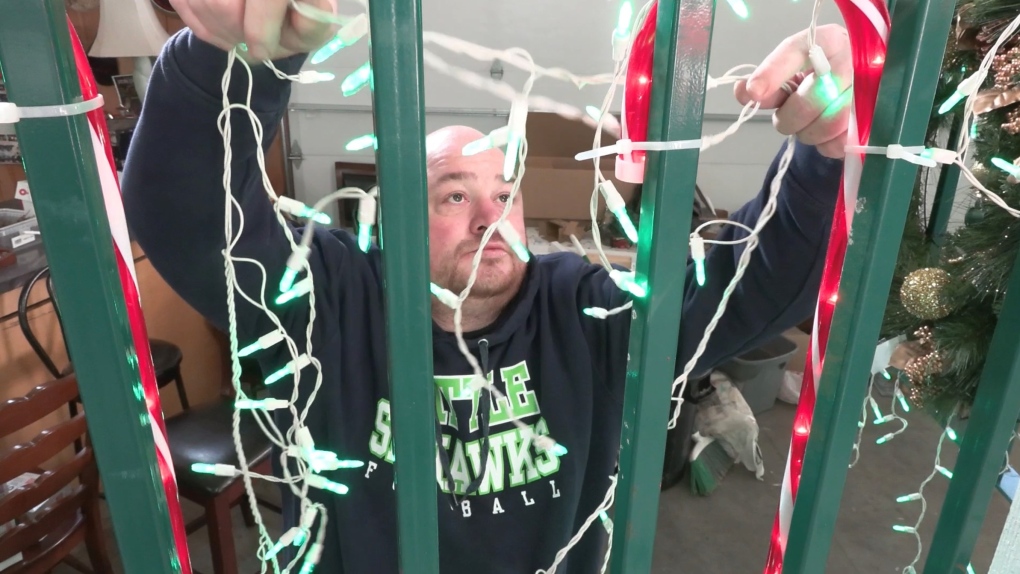 "About seven metric tones of food and I’m not sure what the dollar cash value is," said Volk. "We have a cash donations as well for all the food banks."

If you are planning to take in the 23rd annual event, there is a way to know exactly where the trucks are along their route.

"We put GPS trackers on the first and the last trucks in the convoy and the public can log into our website where there’s a link to the GPS," said Wendy Watt, manager of the Island Equipment Owners Association.

This year, Santa will be in his workshop attached to Volk's truck during the convoy.

"The real one, the McCoy," said Volk. "All the way from the North Pole, just for us."