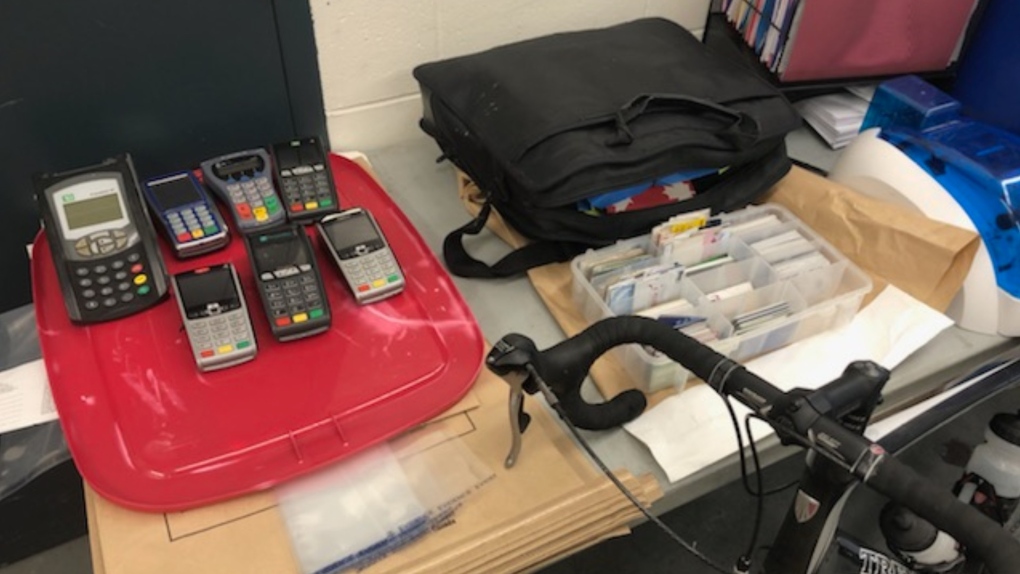 VICTORIA -- West Shore RCMP say they are still sifting through evidence after a large-scale fraud and identity theft operation was halted by police last week.

Mounties say the investigation began on Sept. 18 after police received a complaint that a fraudulent bank draft was used to buy a used car from a dealership in Colwood.

Police then learned that four similar transactions had taken place at dealerships across Vancouver Island, where fraudulent bank drafts were used to purchase used vehicles.

Eventually, Mounties were able to track down the fraudulently-purchased vehicles and connected one of the cars to a break-in that took place at Adams Storage facility in View Royal. In that break-in, eight storage lockers were accessed and items including personal identification and documents were stolen.

During that time police were able to identify two suspects related to the investigation. On Oct. 21, Mounties executed a search warrant on one of the suspects’ residences in Langford and found a host of valuable items that victims of the storage locker break-in had identified as being stolen.

Police also discovered equipment that was being used to operate a “sophisticated” identity theft and fraud operation.

“This is a massive investigation and officers are still combing over the evidence collected as well as returning stolen items to rightful owners,” she said.

Mounties believe that some of the personal IDs that were stolen from the storage locker break-in and other incidents were being used to manufacture fake cards, including, BC driver’s licence cards, firearms licences, BC identification cards, status cards, credit cards and gift cards. Police believe that fraudulent bank drafts and cheques were also being produced at the home.

“Officers on the crime reduction unit have spoken to several identity theft victims identified in this investigation who have shared their stories of being defrauded as a result of this. One victim advised that they had been dealing with identity fraud for some time and have experienced financial hardships due to the fraudulent activity taking place under their name,” he said.

In total, Mounties estimate that “hundreds of thousands of dollars” worth of fraud has been committed in connection to this investigation.

Two suspects, a man and a woman both in their 30s, have been arrested for possession of stolen property and fraud-related offences. Police say the investigation is ongoing and that additional charges are “forthcoming.”

For further information on how to protect yourself from fraud, visit the Canadian Anti-Fraud Centre website here.