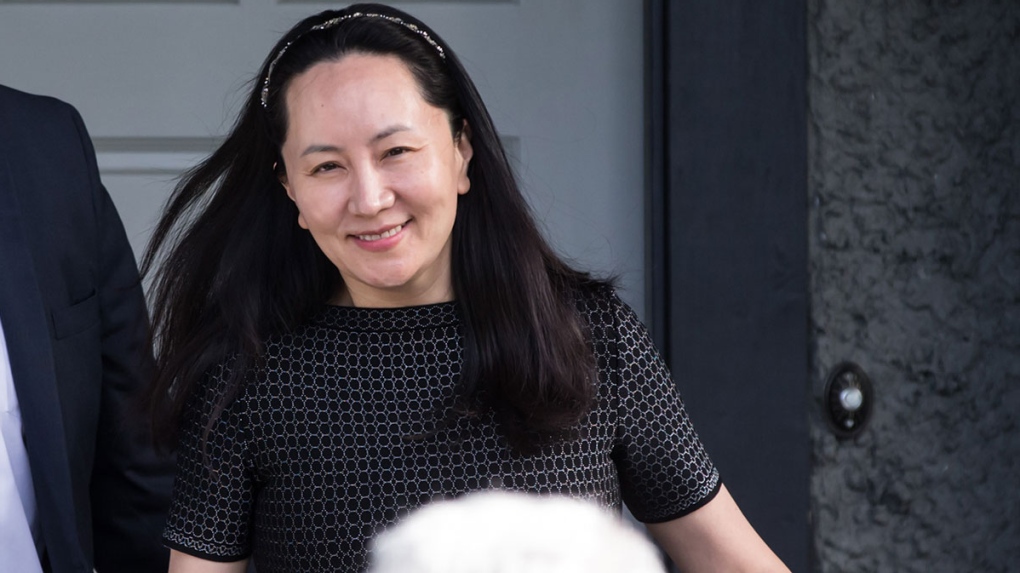 Huawei chief financial officer Meng Wanzhou is accompanied by a private security detail as she leaves her home to attend a court appearance in Vancouver, on Wednesday May 8, 2019. (Darryl Dyck / THE CANADIAN PRESS)

VANCOUVER - A defence team for a Chinese telecom executive is alleging Canadian officials acted as “agents” of American law enforcement while she was detained at Vancouver's airport for three hours ahead of her arrest.

In court documents released this week, defence lawyers for Huawei chief financial officer Meng Wanzhou point to handwritten notes by Canadian officers indicating Meng's electronics were collected in anticipation of a request from the Federal Bureau of Investigation in the United States.

The notes show the RCMP asked the FBI if the U.S. was interested in Meng's luggage and that a Canada Border Services Agency officer wrote down Meng's passcodes, while another questioned her about Huawei's alleged business in Iran.

This happened before she was informed of her arrest, the defence says.

“The RCMP and/or CBSA were acting as agents of the FBI for the purpose of obtaining and preserving evidence,” alleges a memorandum of fact and law filed by the defence.

“The question that remains is to what extent and how the FBI were involved in this scheme.”

The materials collected by the defence were released ahead of an eight-day hearing scheduled for September, in which the defence is expected to argue for access to more documents ahead of Meng's extradition trial.

The Attorney General of Canada has yet to file a response and none of the allegations have been tested in court.

Meng's arrest at Vancouver's airport has sparked a diplomatic crisis between Canada and China and drawn international scrutiny of Canadian extradition laws.

She was arrested at the behest of the U.S., which is seeking her extradition on fraud charges in violation of sanctions with Iran.

Both Meng and Huawei have denied any wrongdoing. Meng is free on bail and is living in one of her two multimillion-dollar homes in Vancouver.

The RCMP said in an email the new documents are still subject to the court process and pointed to a response it filed alongside the CBSA in June to a separate civil lawsuit, in which Meng claims her constitutional rights were breached when she was detained before her arrest.

Border officials only examined Meng and her luggage for immigration and customs purposes and RCMP officers acted “lawfully and in good faith at all times,” the email says, adding Mounties will provide further disclosure if compelled by the court.

The CBSA declined to comment as the matter is before the courts.

Meng's extradition trial won't begin until Jan. 20, but the court documents shed light on her defence team's planned arguments that her arrest was unlawful and for the benefit of the United States.

“These are allegations of a purposeful violation of a court order and the abuse of important Canadian legal norms for improper purposes, namely, to further the objectives of the requesting state,” the defence says.

They plan to argue that the U.S. committed an abuse of process by using the extradition proceedings for political and economic gain. Parts of the defence are comments by U.S. President Donald Trump that he would intervene in Meng's case “if necessary.”

The documents say the seizure of electronics and questioning of Meng by border officials in Canada also follows a pattern of how some other Huawei employees have been treated at U.S. ports of entry, including an engineer who reported his laptop was searched several times between 2013 and 2018.

“This targeting has included the apparent abuse of customs and immigration powers to search and question Huawei employees at various U.S. ports of entry,” the documents say.

The defence accuses officers of intentionally poor note keeping that obscures what exactly happened, including why the arrest plan apparently changed.

The documents suggest that Canadian officials initially planned to arrest Meng “immediately” after she landed, by boarding the plane before she got off. Instead, three CBSA officers immediately detained Meng when she disembarked the plane while two RCMP officers stood nearby and watched, despite their knowledge of the warrant calling for her “immediate” arrest, the defence says.

“When assessed together, a clear pattern emerges from these materials: the CBSA and the RCMP have strategically drafted these documents to subvert the applicant's ability to learn the truth regarding her detention,” the defence says.