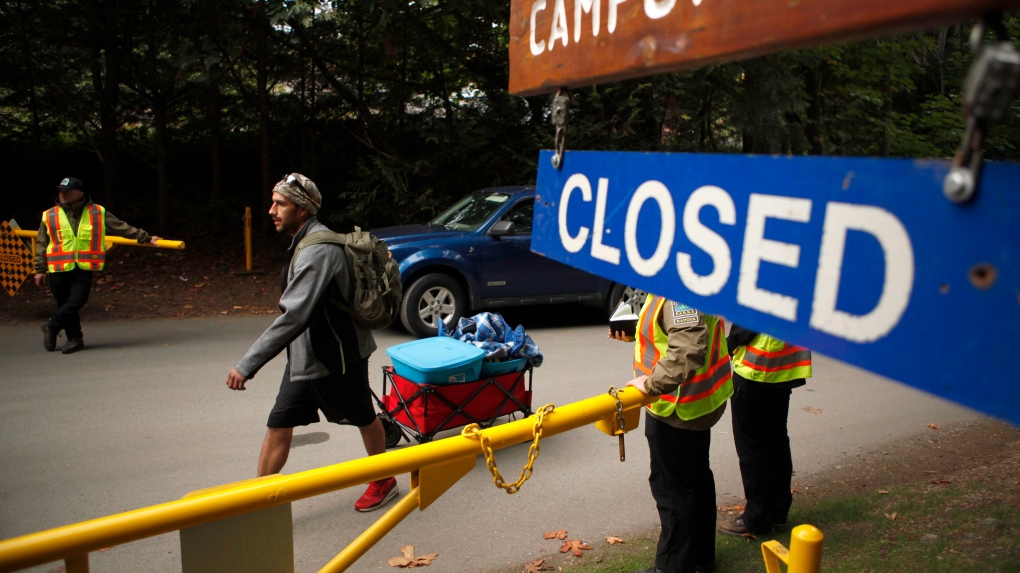 VICTORIA - British Columbia's Housing Minister says she's confident a group of homeless people who pitched tents in a provincial park near Victoria will move into government-approved shelters and living spaces by Tuesday's deadline.

Selina Robinson says people started moving out of Goldstream Provincial Park Monday and she's convinced all members of the group of about 20 campers will be in new living spaces by Tuesday.

She says the campers are being transported to their new accommodations in the Victoria area by bus and their belongings are being stored and will be accessible.

When all the campers leave, Robinson says B.C. Parks officials will assess the condition of the campground before deciding if it can be opened again to the public.

The minister says outreach workers have been meeting with the campers in efforts to help them determine their needs for housing, health and support.

The campers, who arrived at Goldstream more than two weeks ago, were ousted from provincially owned land in nearby Saanich last month, just days after a court order forced them out of another park that some had occupied since the spring.