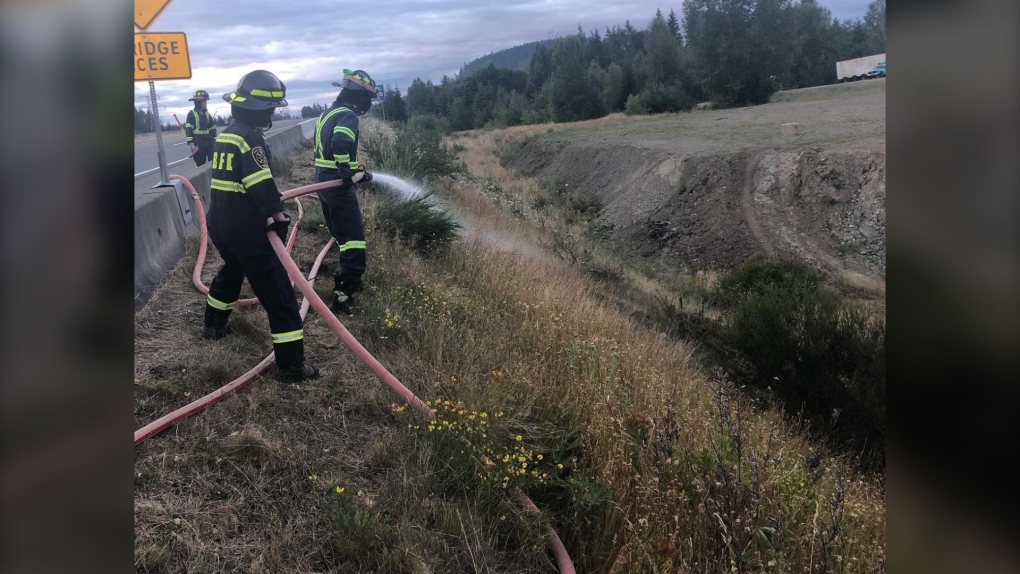 On Friday, the Qualicum Beach fire department put out a grass fire on the side of Inland Island Highway. (Facebook/Qualicum Beach Fire Department)

A special weather statement issued Friday by Environment Canada predicts temperatures in the low 30s on Sunday and Monday, with Port Alberni and Nanaimo expected to be the hot spots on Vancouver Island.

As temperatures rise, so does fire danger.

On Friday, the Qualicum Beach fire department put out a grass fire on the side of Inland Island Highway.

"Thankfully, the fire had mostly blown itself out by the time crews arrived," the department said in a post on its Facebook page. "However, this is a great reminder that as the weather gets drier, the threat of wildfire increases greatly."

The department also reminded people not to discard cigarette butts by flicking them out car windows. Doing so is illegal under B.C.'s wildfire act and can lead to a $575 fine.

Several kilometres inland, another brush fire was reported Friday near Horne Lake. According to the BC Wildfire Service, the small blaze began when a vehicle fire spread to some nearby grass.

That fire is now under control, the service said.

As temperatures rise this weekend, Environment Canada is reminding British Columbians to take measures to reduce their exposure to heat, especially between the hours of 1 p.m. and 5 p.m., which tend to be the hottest hours of the day.