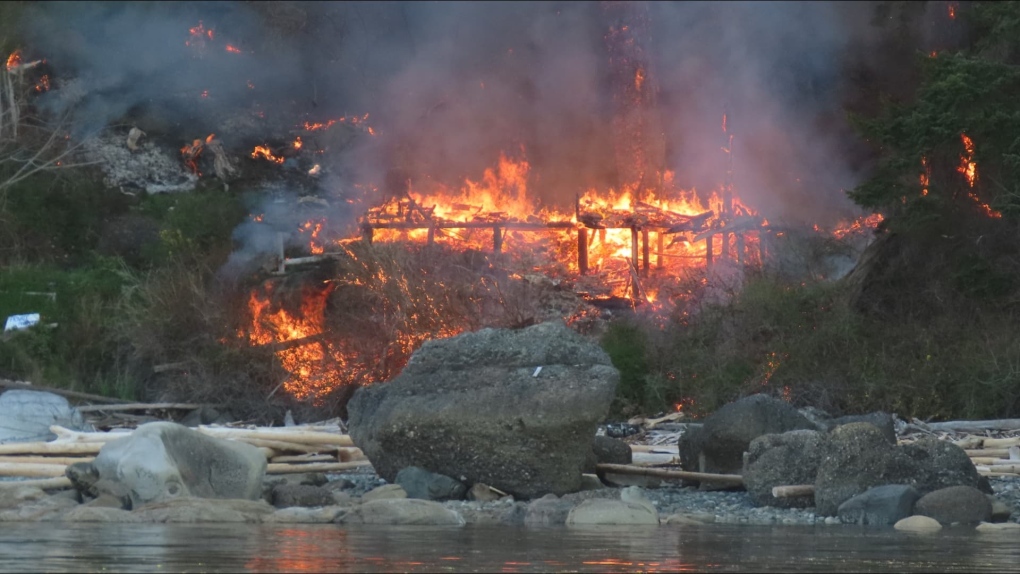 The fire broke out on Tuesday evening: (Louis Jobidon)

COURTENAY -- A cabin described by Hornby Island’s fire chief as a “magical little place” has been destroyed by a Tuesday evening fire.

The cabin was located in Ford’s Cove, and Fire Chief Doug Chinnery says although it was small, it required a big effort to reach it.

“It’s extremely remote,” he said. “It’s down at the bottom of a hundred-metre, steep slope. You can’t get to it by any road or driveway, you have to walk down the goat trail.”

“Just the access to it was really, really hard,” Chinnery said.

Crews had their trucks located at the top of a roadway but had to run hoses and water down the slope towards the cabin to battle the fully involved fire.

Chinnery says crews also received assistance from a contractor who’s rebuilding the Hornby Island School. He says the contractor has a landing craft that is used to transport equipment and personnel from Deep Bay over to Hornby. 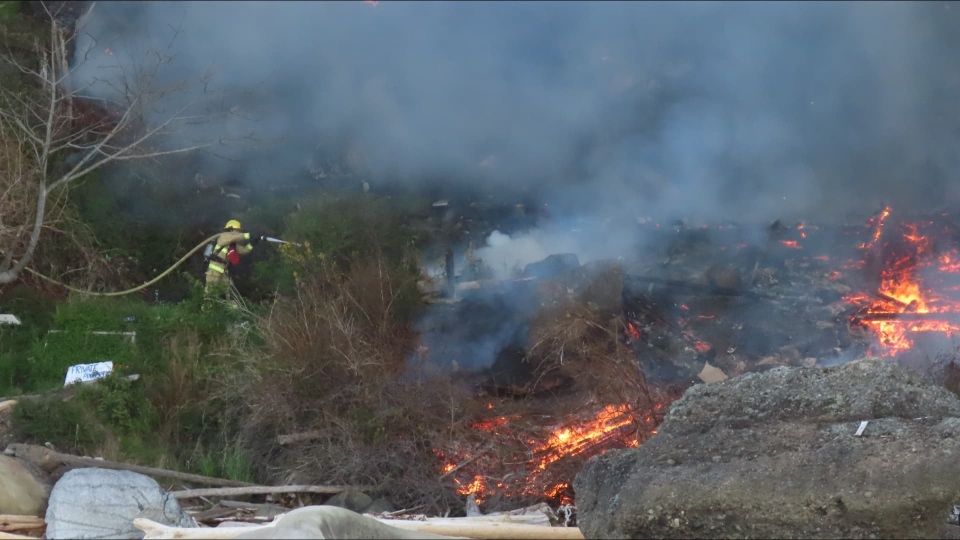 “We were able to use him to shuttle a bit of gear for us and he’s got a little pump on that boat and we were able to use that pump to pump some water for some of the extends on the beach,” said the fire chief.

Chinnery says the lone occupant of the cabin was able to escape the fire without injury along with his dog. Firefighters also assisted with locating two small cats after putting out the structure fire and were able to get them into cat carriers.

The chief says that unfortunately, along with the man now being homeless, the building has also been destroyed and is a historic loss.

“Just the characters that have lived there, the people that were involved in building it, just kind of the family history –and it’s a really distinctive building as well,” he said.

Chinnery says the cabin was quite visible from the water and stood out because of its design.

“Almost everybody has this wistful sort of gaze in their eyes when they see it because they see this beautiful little cabin on the oceanside and you have to work really hard to get to it. You just kind of picture what it would be like on a winter’s storm,” he said.

Chinnery says no cause of the fire has been determined yet.