VICTORIA -- Victoria police say they found a homemade gun, knives and drugs when they located a vehicle reported stolen from a health-care worker.

Just after noon on Monday, officers spotted the vehicle idling on the side of Douglas Street near the Hudson building. Inside, officers found a man in the driver’s seat. He was alone, but the vehicle wasn’t empty. 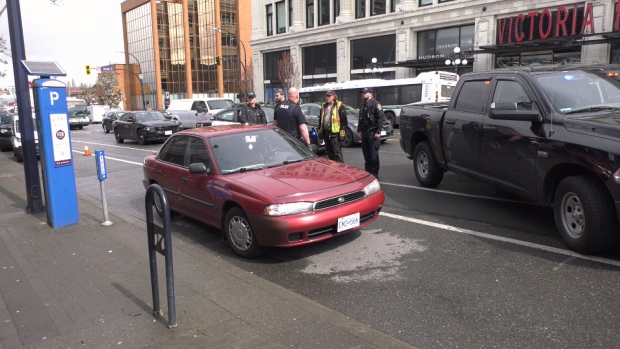 “The officers searched the vehicle and located a loaded, improvised firearm, drugs, stolen property, and other weapons, including knives and a baton,” said Const. Cam MacIntyre.

The homemade gun, which police say is capable of firing 12-gauge shotgun shells, was the most alarming find.

The weapon, made up of what look to be bike parts and other metal tubing, is known as a "zip gun. 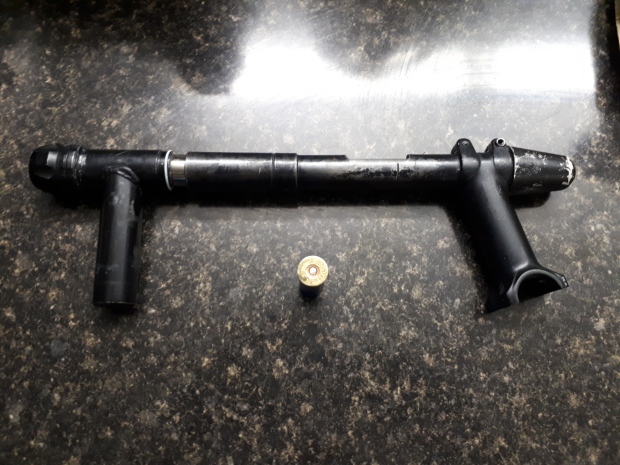 Police were able to take the man safely into custody, but had to immediately transfer him into care at Royal Jubilee Hospital due to medical concerns.

He has since been released from medical care and returned to police custody.