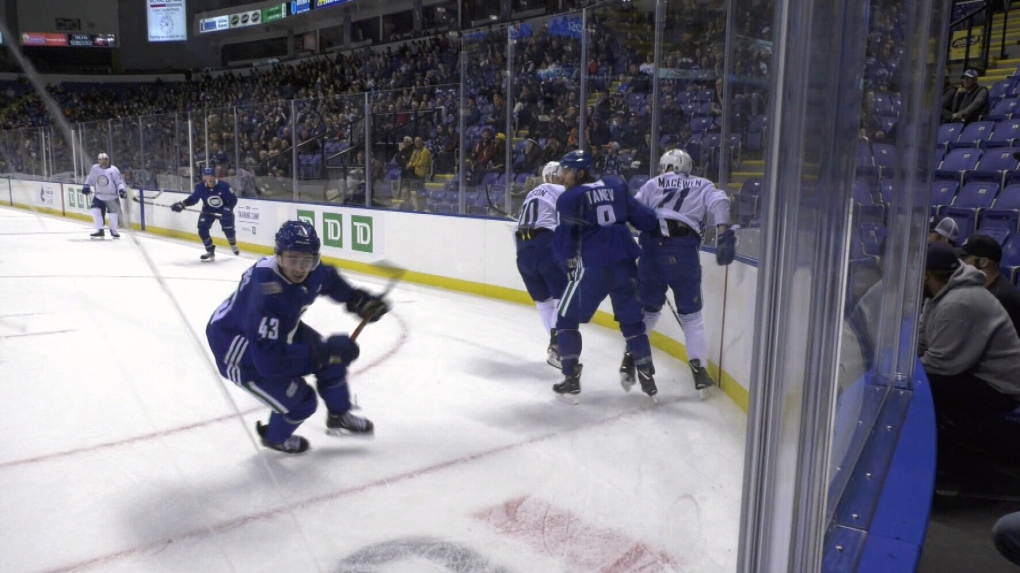 The Canucks will dress several veterans for their pre-season game in Victoria against the Calgary Flames Monday, but island fans won’t see Canucks star Elias Pettersson.

The sold-out game will feature Bo Horvat, J.T. Miller, Nikolay Goldobin, Loui Eriksson, Chris Tanev and Jordie Benn, but the sophomore Swedish superstar is not on the club’s 20-man roster.

Calgary, for their part, is dressing a prospect-heavy lineup for this split-squad game, including former Victoria Royals star Matthew Phillips.

The Canucks are coming off their three-day training camp in Victoria that saw head coach Travis Green put players through heavy skating sessions to start preparations for the regular season on Oct. 2 in Edmonton.

“I can’t wait,” the five-year veteran told CTV News. “It’s been a long time since we played a game and having these new guys in the lineup and young kids coming up playing well, actually playing a hockey game tonight is going to be a lot of fun.”