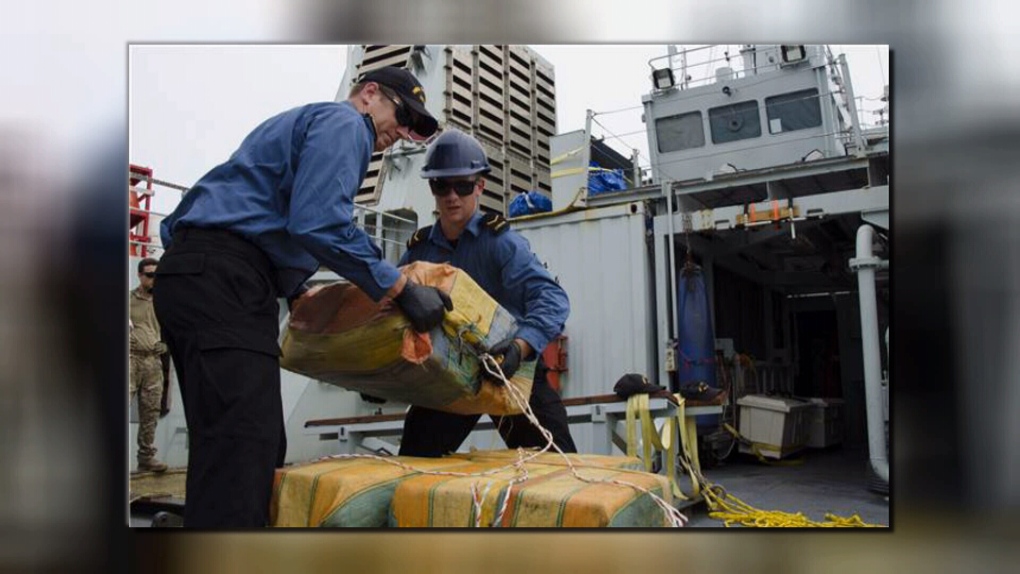 A CFB Esquimalt navy ship seized more than 1,000 pounds of cocaine off the coast of central America and helped in the disruption of two drug shipments this month.

HMCS Saskatoon and the US Coast Guard Law Enforcement Detachment were dispatched after a patrol aircraft spotted a suspicious fishing vessel on Apr. 6.

“HMCS Saskatoon’s crew is proud to deliver excellence at sea and demonstrate Canada’s resolve in countering the drug flow on the high seas in this region,” Lieutenant-Commander Todd Bacon, Commanding Officer HMCS Saskatoon.

HMCS Saskatoon was called again on Apr. 13 and 14 to inspect a suspicious vessel in the eastern Pacific Ocean after suspected smugglers dumped 1,500 kilograms of cocaine overboard.

In total, the vessel has seized 1,124 kilograms and disrupted an estimated 1,500 kilograms of cocaine in Operation CARIBBE this year.

Operation CARIBBE is Canada’s participation in the multinational campaign against illicit trafficking by transnational criminal organizations in the eastern Pacific and Caribbean.