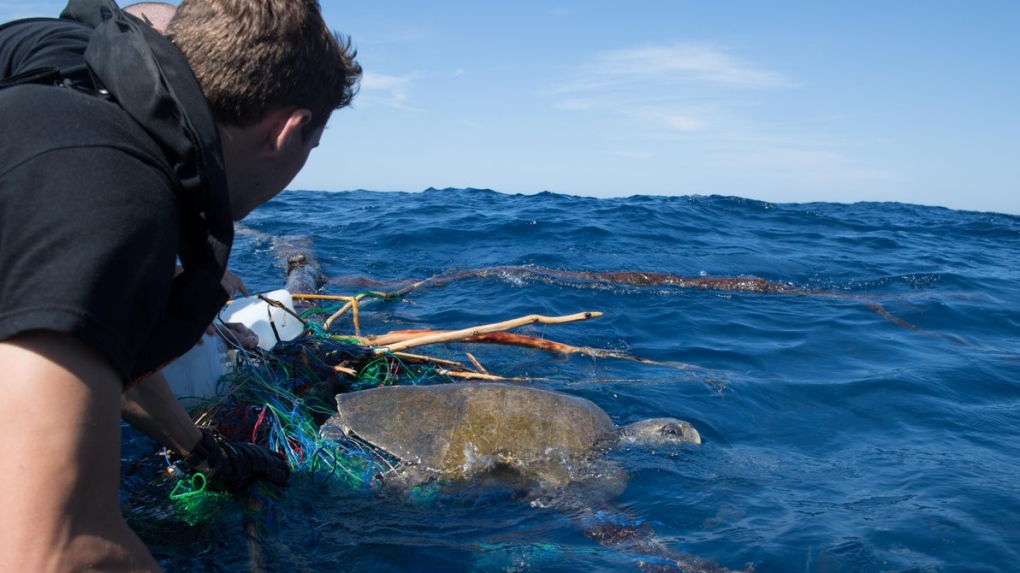 Nearly two weeks after a sea turtle was rescued off the coast of Central America, two more creatures are now swimming free.

The ship was patrolling the Pacific Ocean as part of Operation Caribbe, a multi-national patrol to intercept drugs being smuggled through international waters, when they spotted the turtles. Officers launched an inflatable boat to free them.

Earlier this month, HMCS Nanaimo, which is also involved in the drug trafficking mission, found a massive sea turtle hung up on a rope attached to a buoy in the Caribbean. A sailor was able to cut that turtle free.

#HMCSEdmonton rescued two sea turtles tangled in fishing lines in the space of 90 minutes! The ship was patrolling on #OpCARIBBE when they spotted the sea creatures and launched an inflatable boat to free them. Your #RCNavy is #ReadytoHelp! pic.twitter.com/1h4FnaThM1