HMCS Calgary leaks 30,000 litres of fuel in Strait of Georgia 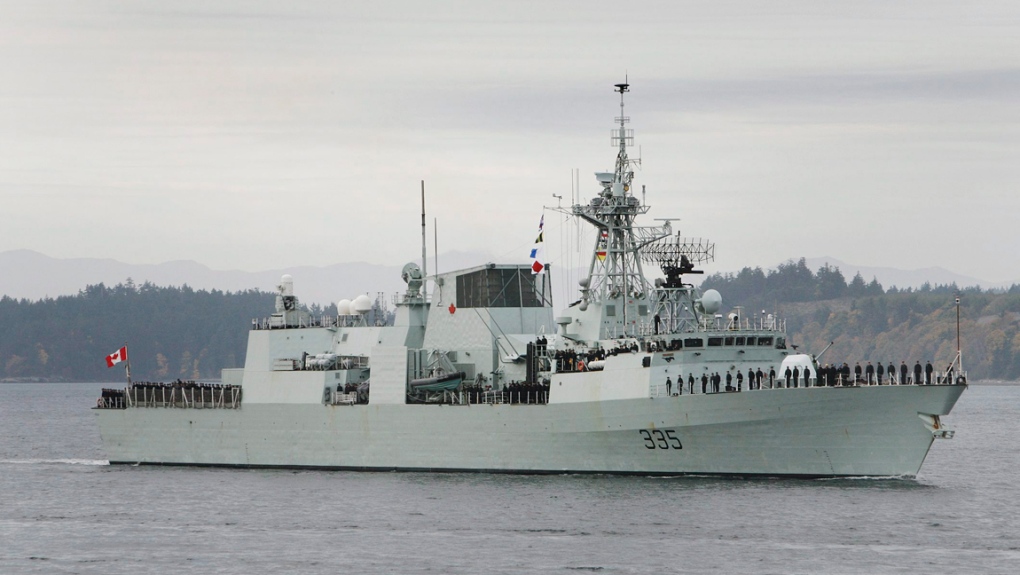 The Royal Canadian Navy is investigating a large fuel spill in the Strait of Georgia.

Officials say HMCS Calgary was performing a fuel transfer on Saturday when approximately 30,000 litres of fuel leaked into the water.

A search was done in the area and no evidence of the spill was found.

The navy made the announcement at CFB Esquimalt on Sunday saying they are closely monitoring the situation.

“It’s not known to bind with sediments or cause any type of fuel pooling on the sea floor and it will naturally degrade due to microorganisms within a day up to a month,” said Tracy Cornforth, acting information environment officer. “Typically you don’t find any type of sheen or slick in the marine environment due to the nature of the fuel.

On Monday, the Navy and the Canadian Coast Guard will conduct shoreline searches in the areas that may potentially be affected.