'His eyes and mine were locked': Colwood couple finds cougar in backyard 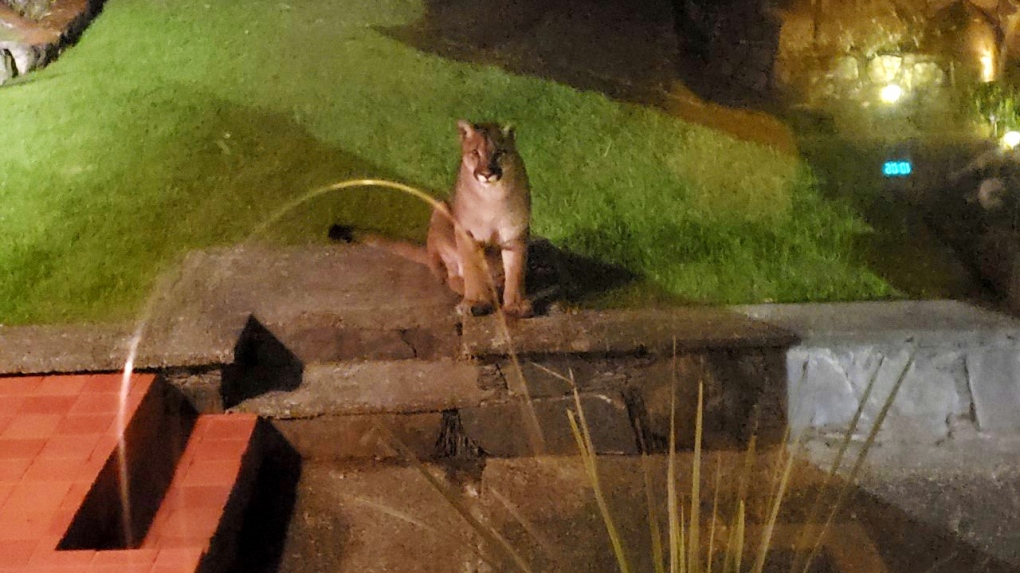 A couple in the Colwood area is advising the community to be on the lookout after a cougar was seen walking through the neighbourhood Monday night.

According to the BC Conservation Officer Service, four cougar sightings have been reported in the South Island since Monday.

The couple says their cougar sighting occurred at approximately 10 p.m. in their backyard near the intersection of Anchorage Avenue and Milburn Drive, close to Esquimalt Lagoon.

Dave Brick and Sherry Kerr say they were alerted to something in their yard when one of their motion-detecting lights turned on.

Brick says he assumed the light had turned on because of a deer, as they frequently pass through the yard. But, when he went to check the yard, he saw a large cougar staring at him.

“I just looked out the window to see if it was some of the deer that had been around and didn’t see any,” said Brick. “Then I saw the cat staring at me.”

“His eyes and my eyes were locked on each other.” 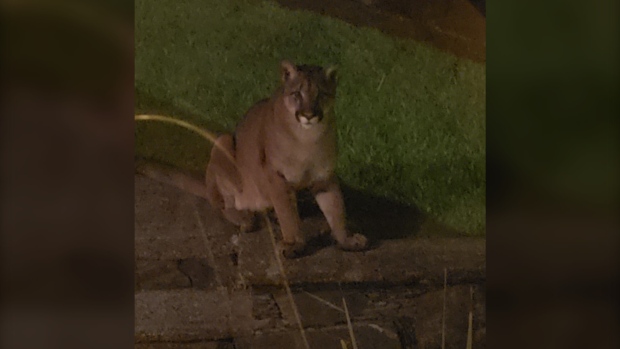 Brick took several pictures of the cougar through his window, as the large predator sat there and continued to stare at Brick and Kerr.

After about five minutes, the cougar then sauntered off through some bushes and out of the yard.

Brick says that no one in the neighbourhood has seen the cougar since, but the Colwood couple is still advising everyone to be cautious.

Conservation officers say that other cougar sightings were reported on Monday near the intersection of Latoria Road and Veterans Memorial Parkway, and near the Olympic View golf course.

On Monday morning, a motion camera captured a photo of a cougar near the golf course.

“We are hoping it turns the other way and goes towards Metchosin and not into Colwood,” said conservation officer Scott Norris.

According to Norris, many cougar sightings were reported near Slegg Lumber in Langford and near the Luxton Fairgrounds area in April.

Reports of bear sightings on the island have also been on the rise this year, according to the conservation service.

If you come across a cougar, the conservation service advises backing away from the animal. The organization says that you should never run away from a cougar. If you are with children, pick them up immediately.

The conservation service adds that cougars have reduced hunting hours during the summer, as they are primarily nocturnal hunters who prefer to roam at dusk and dawn.