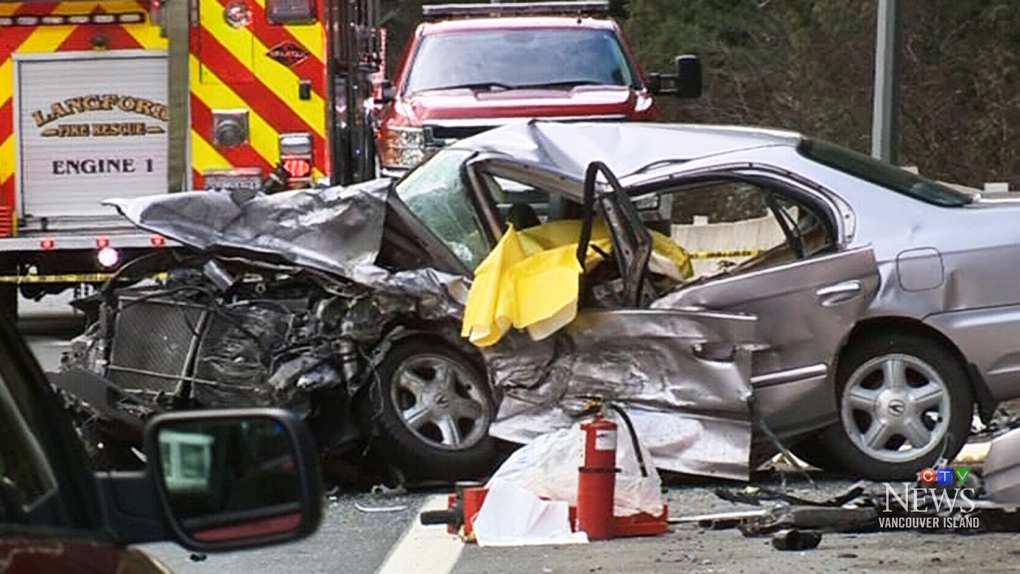 Thomas Lindenau was killed instantly in a crash on Feb. 3 on a stretch of highway between the West Shore Parkway and Leigh Road. (CTV Vancouver Island)

A deadly stretch of the Trans-Canada Highway in Langford will soon get some much-needed safety upgrades.

The province announced the highway improvements Tuesday, less than three months since a 24-year-old Nanaimo man was killed in a head-on crash on a stretch of the highway between Leigh Road and the West Shore Parkway.

That's precisely where the B.C. transportation ministry said it would focus its attention Tuesday. The area has seen more than 40 crashes since 2017; two of those in 2019 were fatal.

The parents of the 24-year-old man killed on the highway on Feb. 3, told CTV News they received a call from B.C. Transportation Minister Claire Trevena's office last week to tell them of the coming changes.

"There was a lot of tears," said Jennifer Lindenau, whose son Thomas was killed when the Acura he was driving was hit head-on by a southbound BMW. "Now it's finally getting done, the way it should have been done two and a half years ago."

Thomas's father Mark Lindenau told CTV News at the time that a centre median between the north- and southbound lanes would have saved his son's life.

On Tuesday, the family found some solace in the announcement that the government would widen the highway from three lanes to four and a median would be added.

"Thomas's death wasn't in vain," Mark added. "Our greatest fear was any other family suffering like this."

A new northbound lane will also be added at the West Shore Parkway intersection.

Construction is expected to begin later this summer at a cost of $14 million.