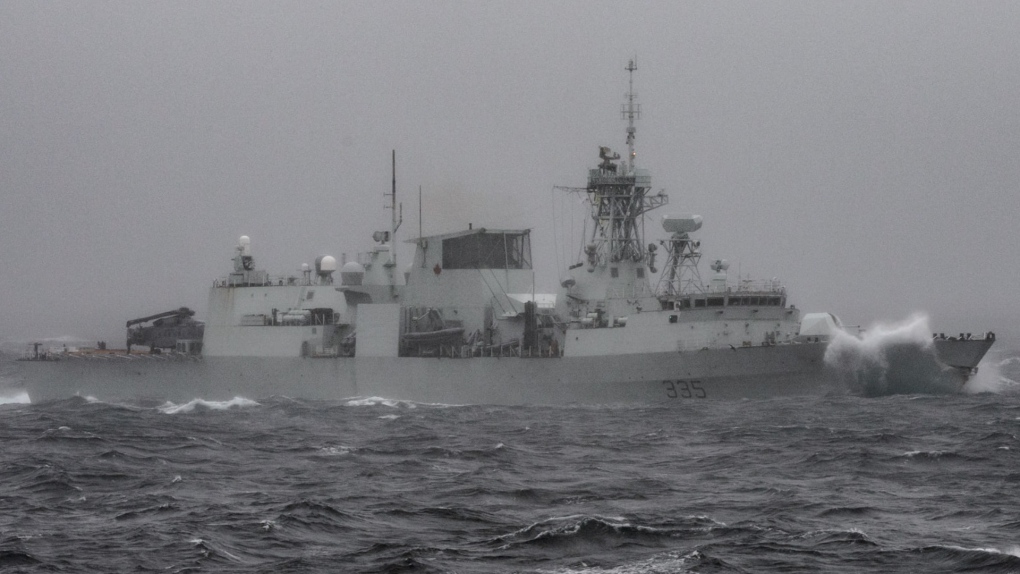 The Canadian navy said Monday it is shifting the second week of the exercise from the offshore coast of Vancouver Island to the inshore waters between the island and the B.C. mainland.

The commander of the Canadian Pacific Fleet says vessel operators and the wider public near the Strait of Georgia, the southern Gulf Islands and the Comox area may see Canadian frigates and coastal defence vessels in the area as a result of the change.

“I have decided to shift the operational area for TF20 north of the southern Gulf Islands to maximize training value as we continue to achieve the overall objectives of the exercise,” said commodore Angus Topshee in a statement.

“Staff are monitoring the significant forecasted weather conditions off the coast of Vancouver Island,” he added. “My aim is to ensure our operating area is flexible enough to reduce possible weather risks while ensuring TF20 training remains challenging and effective.”

Environment Canada is forecasting gale-force winds for the offshore regions west and north of Vancouver Island Tuesday evening and into Wednesday, with wave heights expected to reach five to seven metres.

Heading into the weekend, winds are forecasted to hit 45 knots off the North Island and wave heights across the island region are expected to surge higher.

Canadian frigates HMCS Regina and HMCS Calgary and participating in the exercise, as are coastal defence vessels HMCS Nanaimo and HMCS Whitehorse.

More than 650 Canadian navy and air force members are taking part in the exercise, alongside approximately 50 U.S. military and coast guard personnel.

Trident Fury 20 is also intended to provide pre-deployment training for sailors aboard HMCS Calgary, which is scheduled to depart for overseas counter-terrorism operations in early 2021.