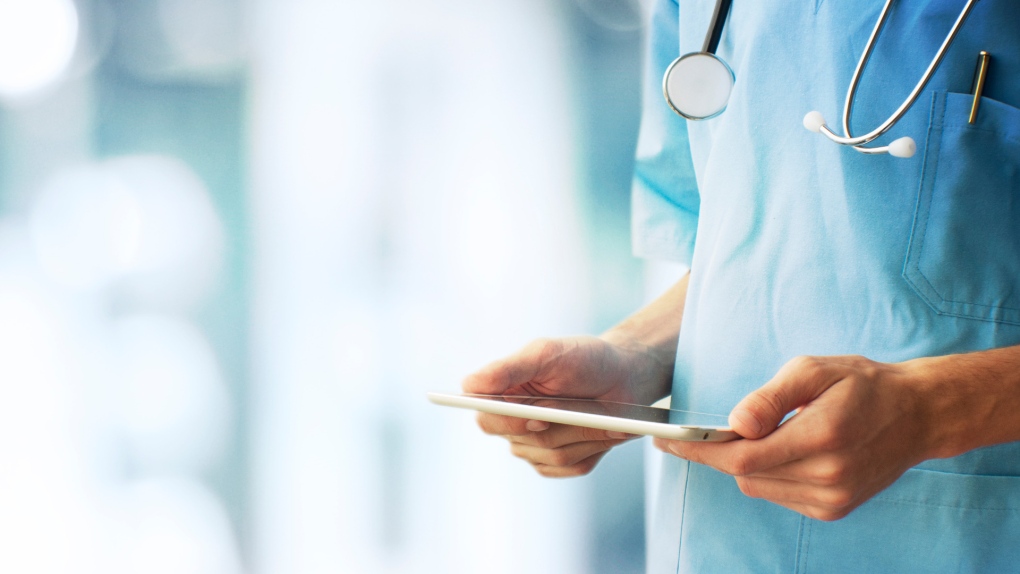 A nurse holds a tablet in this stock image from Shutterstock.

VICTORIA -- Two managers of a Greater Victoria care facility have been suspended for more than a year after the British Columbia College of Nurses and Midwives (BCCNM) finished a lengthy investigation into the registered nurses last week.

Euphemia Guttin, executive director of service operations for the Garth Homer Society, and Victoria Weber, senior manager of health services and education, have been suspended for 15 months and 18 months, respectively, for breaching the BCCNM's standards.

According to the BCCNM, both women were the subject of multiple complaints while they worked in their managerial positions from roughly 2015 to 2018 at the Garth Homer Society, which offers services and programs for adults with developmental disabilities.

According to the BCCNM, both Guttin and Weber's duties included looking after five residences where medically and developmentally complex clients lived.

From 2015 to 2018, Guttin was the subject of four complaints while working as the executive director of service operations, three complaints from clients' families and one complaint from a former employee about her work as a nurse with the facility's residential program.

The college says that both women made it difficult for family members or legal representatives to meet with clients or relay their concerns by implementing "rigid communication policies."

"When parents and legal representatives attempted to advocate for and provide information about their child, Ms. Weber did not honour their authority and effectively obstructed their access to their child, in part by enforcing rigid communication policies for parents and legal representatives," reads a consent agreement released by the BCCNM on May 23.

"The result of her actions was to prevent parents/representatives from interacting with and advocating for their child," the agreement says.

The college adds that Guttin, as the executive director of service operations, enforced the communication policies that made it difficult for family members to voice their concerns.

"In cases where the client was cognitively challenged and non-verbal, (the policy) effectively eliminated the parents' role as an advocate, thus, in the view of the inquiry committee, silencing the voice of the vulnerable client in care," said the BCCNM.

Other complaints levelled against Guttin include not ensuring proper care policies were in place for residents, not adequately documenting her on-call clinical advice, and dismissing family members concerns about clients.

Meanwhile, the BCCNM found that Weber, acting as the Garth Homer Society's senior manager of health services and education, did not keep on top of some clients' care.

The college says that Weber did not confirm if a client received the medication that was ordered for them, made it difficult for regulated staff to contact other health professionals about clients, and "did not ensure a client who suffered from occasional hypoxia had their oxygen order processed in a timely manner."

"In one instance, when a parent representative revoked consent for residential care, she had the client, who had an IQ less than 70, sign the consent forms, in an effort to work around the client's legal representative authority and responsibility," said the BCCNM. "She did not ensure that another client had a representative, committee, or guardian to consent to his health care."

While neither woman agrees with every finding made by the college's inquiry committee, the BCCNM says that both have admitted that their nursing practice breached the college's professional and practice nursing standards.

Guttin voluntarily agreed to a 15-month suspension of her nursing registration, minus 12 months for time served since she was on an interim suspension while the college's investigation took place.

During the remainder of her suspension, Guttin must complete a host of learning activities and submit a learning plan to the BCCNM "to ensure translation of learning to practice."

She also needs to find a mentor to supervise her work if she wishes to work as a nurse administrator again, and must complete a nursing refreshing course or prove her clinical competency under supervision if she wants to work in direct client care in the future.

Meanwhile, Weber has volunteered to an 18-month suspension of her nursing registration, minus 12 months for time served during the investigation.

Weber must also complete relevant coursework and cannot be the sole RN on duty, or be responsible for other managerial duties, for 18 months after her suspension is lifted.