'He was in grave condition': SPCA caring for orphaned Nanaimo kitten 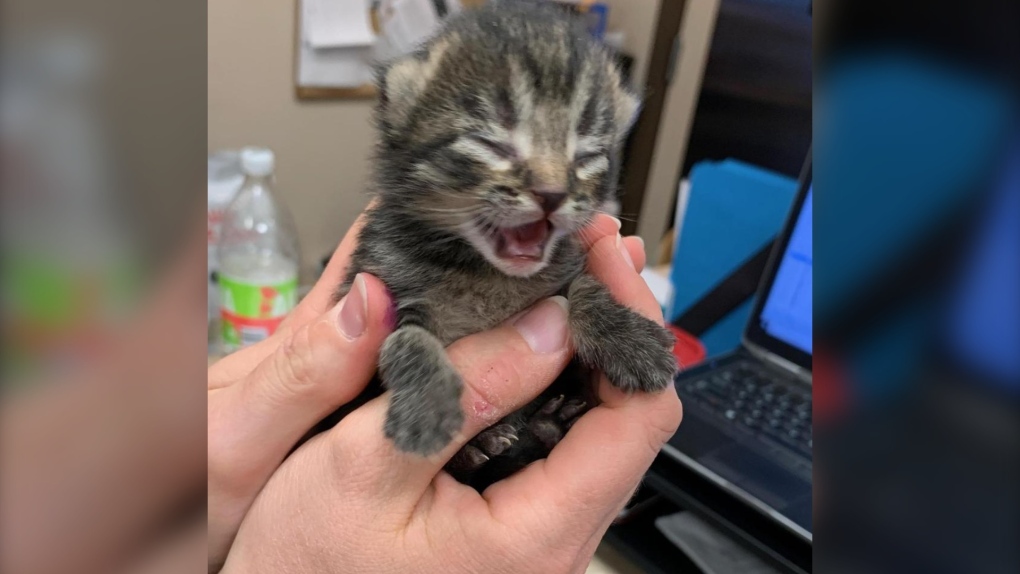 Orphaned kitten Diggory, who was found in Nanaimo, is shown: (BC SPCA)

VICTORIA -- The rescue of a days-old kitten in Nanaimo is prompting the BC SPCA to call for donations.

The orphaned kitten, Diggory, was found “outside in the cold” by a Good Samaritan in Nanaimo and brought to the BC SPCA for care.

The organization says that the cat was not with its mother or litter mates and would have died if left alone outdoors.

“He was in grave condition,” said Lorie Chortyk, general manager of communications for the BC SPCA in a release earlier this month.

“If he had not come into our care when he did, there is no way he would have survived.”

Chortyk says that Diggory requires round-the-clock care and needs to be bottle fed every two hours.

As he is just days old, the SPCA expects that he will need this 24/7 care for at least another eight weeks.

“We are so fortunate to have amazing foster volunteers who specialize in the care of very young, orphaned kittens,” said Chortyk.

“These volunteers forgo sleep to do feedings every few hours, and put in so much time and effort to ensure that these kittens overcome the odds to survive and grow strong.”

With Diggory and many other animals under BC SPCA care, the organization is asking for donations to help offset costs, like sheltering, feeding and medical expenses for rescued animals.

“The cost of Kitten Milk Replacement (KMR), along with other supplies, adds up quickly for one kitten, let alone the thousands of kittens that come through the shelter every year,” said the BC SPCA.

Chortyk adds that with spring in full swing, the BC SPCA is bracing for “kitten season” to arrive.

“We are now at the beginning of ‘kitten season’, where we see a huge influx of orphaned and surrendered kittens into our facilities across the province,” she said.

“We are grateful to anyone who is able to help us care for these little ones, so that we can give them the best possible chance at life.”

Donations to the BC SPCA can be made online here.