'He had been walking for 36 hours': Search crews busy despite stay-at-home pleas 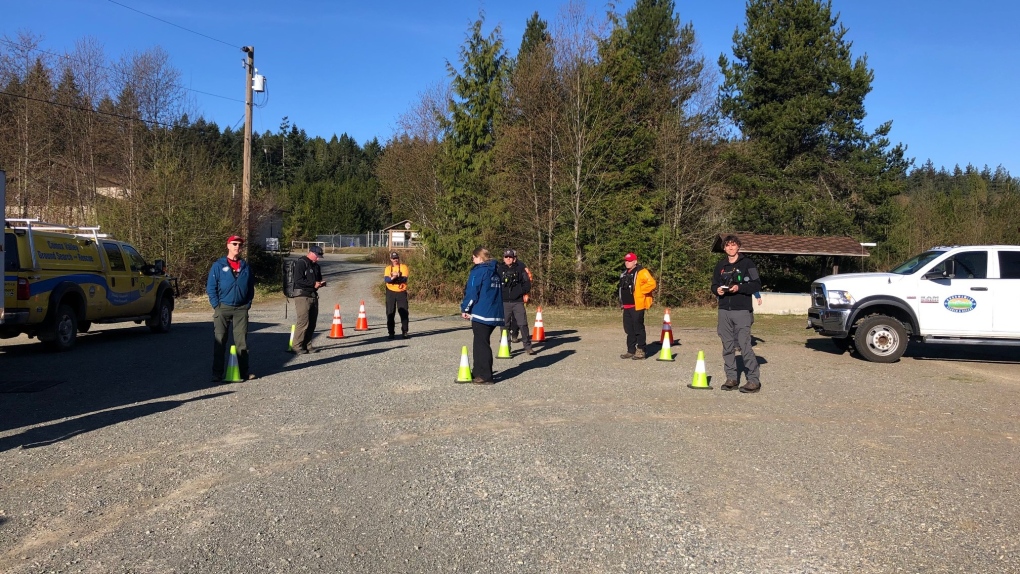 VANCOUVER -- Search and rescue crews in the Comox Valley have had a busy long weekend, responding to three different call-outs in a 24-hour period.

Comox Valley Ground Search and Rescue team leader Paul Berry told CTV News Vancouver Island his crews were first called Saturday to assist an injured ATV rider who had crashed into a ditch. Later in the day, they were called for a kayaker injured along the Courtenay River, but stood down as Courtenay firefighters performed the rescue.

On Sunday, the group was called out again, this time to search for a missing man near Qualicum Bay.

A total of 60 members responded to the staging area at Lighthouse Community Centre Sunday morning, Berry said, noting that each of them drove to the site separately and followed physical distancing rules to avoid inadvertently spreading the COVID-19 virus.

The missing man had gone for a walk around 5 p.m. Friday night and failed to return to his home on Old Island Highway, Berry said.

Before crews could begin their search, a member of the man's family reported finding him several kilometres away.

"It turned out that one of his family members, who was also out searching, located him in the Spider Lake area," Berry said. "He had been walking for 36 hours."

It didn't seem like the missing man had become disoriented, based on conversations with his family, Berry said.

"It sounds like he went for a walk and went a lot further than he intended," he said.

The team leader said there are "a lot of considerations" that go into setting up and conducting a search for a missing person during the novel coronavirus pandemic, from physical distancing of team members to sanitization of equipment.

He said crews want to echo health officials' pleas to stay home and avoid unnecessary travel or risky outdoor activities during the pandemic.

On Saturday, provincial health officer Dr. Bonnie Henry said most people in the province have been doing a good job of following the rules during the long weekend.

From the perspective of search and rescue crews, however, it only takes a few incidents to make for a busy - and in the era of COVID-19, potentially dangerous - weekend.

"We want people to be staying close to home and keeping themselves safe and keeping our searchers safe so that we don't have to come out and look for them," Berry said.