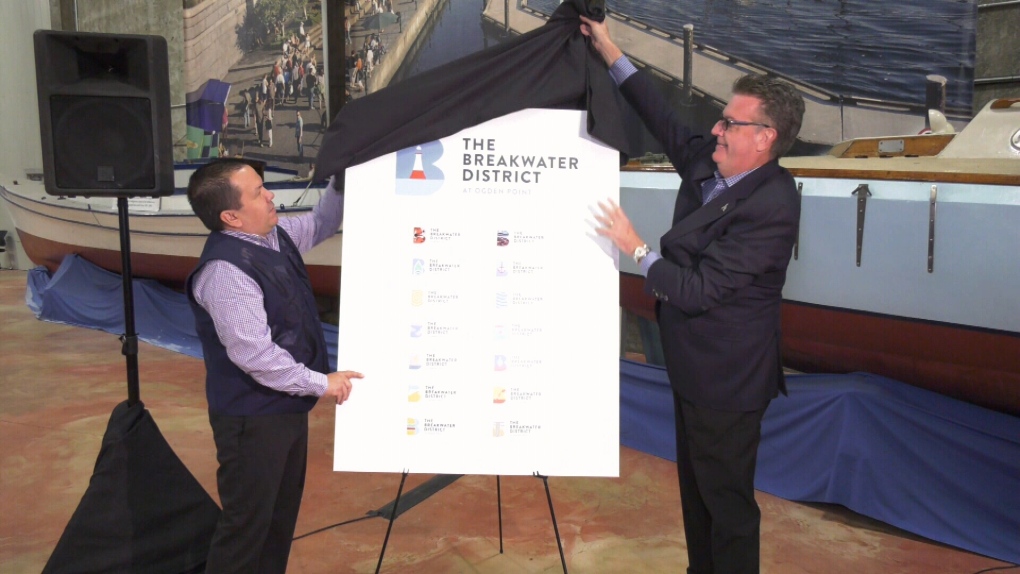 There was public opposition after it was leaked a few weeks ago that the terminal was to be renamed without the reference to Ogden Point. (CTV Vancouver Island)

The new "brand and visual identity" for one of Victoria's busiest water terminals is designed to help celebrate the history of the area and to lay the groundwork for its future, according to the GVHA.

"This space is an extension of the community, both the immediate neighbourhood of James Bay as well as the surrounding region," said Greater Victoria Harbour Authority CEO Ian Robertson.

"The Breakwater District at Ogden Point reflects what the space is meant to be, where locals and visitors have the opportunity to enjoy oceanfront amenities and gather as a community throughout the year.”

In addition to the rebranding, the long-term development of the Breakwater District continues.

A detailed review of both current and future transportation impacts in the area, as well as potential opportunities for development of the property, is currently underway.

“The development of the Breakwater District at Ogden Point will determine future uses of the site for the next 100 years,” said Robertson. "We have one chance to develop the largest section of employment, marine industrial, and community space left in Victoria, so we are ensuring that we walk through the process at the right speed, with the right decision-making criteria in place.”

The renaming of the deep water terminal in the James Bay neighbourhood did create some controversy. There was public opposition after it was leaked a few weeks ago that the terminal was to be renamed without the reference to Ogden Point.

An informed and detailed account Ogden Point's namesake, Peter Skene Ogden, will be introduced as the GVHA installs new signage and visual markers on the property, Robertson said.

Ogden’s story will be told within the context of his time, his place in history, and reflections on history today for future generations to consider.

Over the fall and winter, the remaining walls of the warehouse will be repainted to reflect the new brand along with the installation of new murals on the south side facing the breakwater.