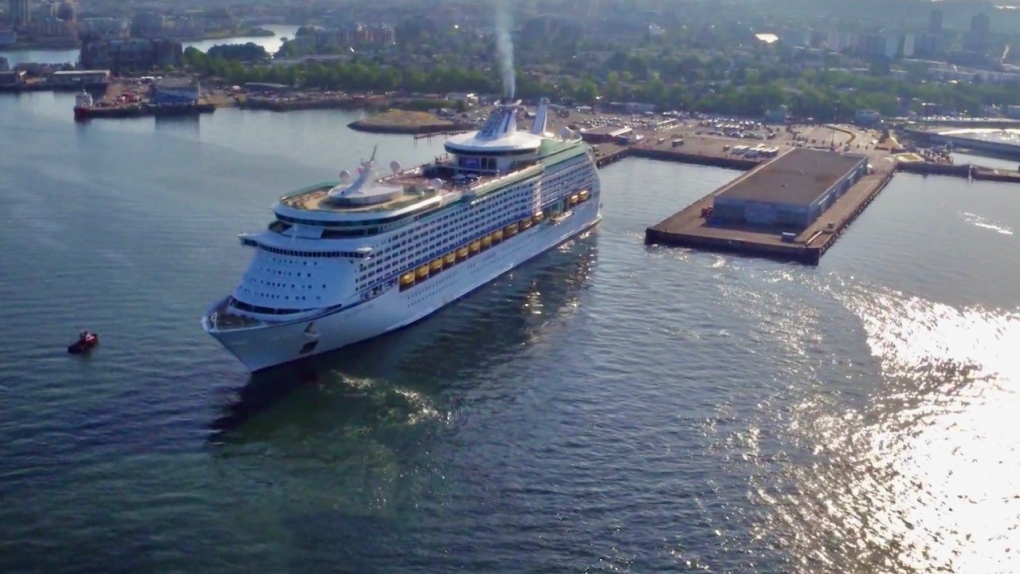 VICTORIA -- Victoria’s cruise ship industry is still on hold due to COVID-19 after an announcement Thursday from the federal government.

Federal Transport Minister Marc Garneau says the ban on cruise ships in Canadian waters will continue until the end of February, 2021.

Cruise ships were impacted early on in the pandemic with COVID-19 outbreaks. Hundreds of passengers were falling ill and ships became stranded at sea as multiple countries refused to let them dock.

The Canadian ban first took effect in late March, suspending cruise ship visitations in the country’s waters until July 1. It was then it was extended to Oct. 31 before today’s announcement of an extension.

The Greater Victoria Harbour Authority (GVHA) was not surprised by todays’ announcement and was expecting the extension.

Ian Robertson, CEO of the Greater Victoria Harbour Authority, remains optimistic for next year and says they are continuing to plan for a future cruise ship season.

“We are anticipating there will be a number of protocols that we will have to abide by and so we are working to anticipate those protocols,” he said.

“It could be on shore testing, it could be testing onboard the ship. Either way we will try and make this facility, (Ogden Point Terminal), ready to welcome cruises next year in 2021,” he said.

Robertson isn’t sure if the cruise season will start on time in April, as it is currently scheduled to.

“There’s no question there’s a lot of things that need to change before we see cruises return here in Victoria. Obviously, we need to see cases on both sides of the border going the other direction. We also need to wait and see on the U.S. Centre for Disease Control and their ruling over the 74 protocols that (have) been laid out by the cruise line industry,” he said. “So, lots of things for us to wait on.”

The harbour authority says it continues to engage with Transport Canada and is advocating, in collaboration with other ports across Canada, for a decision on a timeline and process for the safe return of cruise ships to Canadian waters.

The GVHA is also keeping an open dialogue with cruise line management companies as they develop and unveil their own plans for a safe return of cruise ships in all their markets.

Robertson says he will continue to support the government’s decision-making process and outcomes, adding there is nothing more important than reducing the risk of COVID-19 and keeping the island community safe.

Canada’s ban affects all ships with 100 or more overnight passenger accommodation spaces. The same extension is being applied to the ban on smaller vessels carrying 12 or more passengers in Arctic coastal waters.