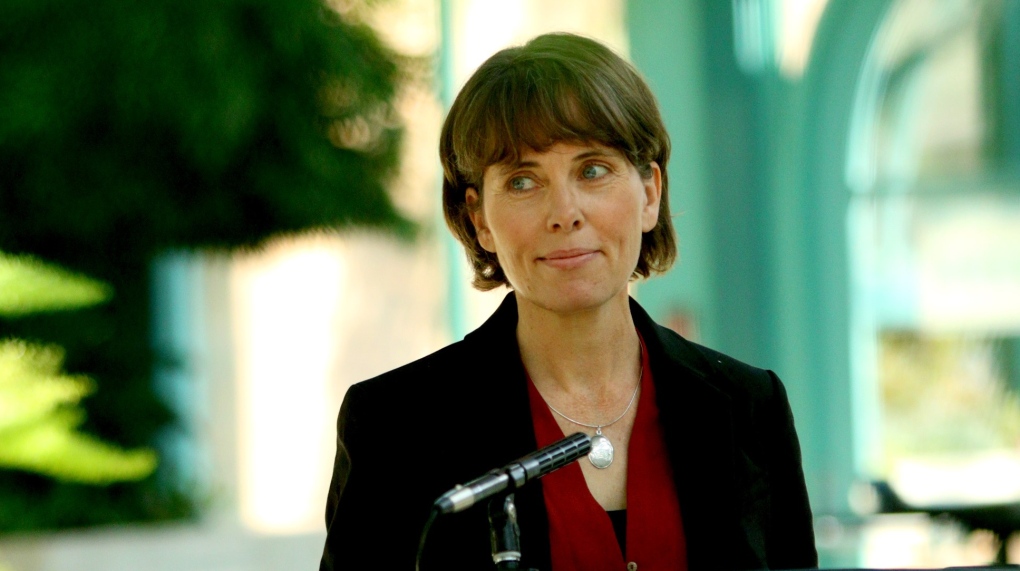 B.C. Green Party Leader Sonia Furstenau speaks during a media availability following her speech at the UBCM convention at the Victoria Conference Centre in Victoria, on Thursday, Sept. 24, 2020. (Chad Hipolito / THE CANADIAN PRESS)

VANCOUVER -- The tragic toll of the COVID-19 pandemic on seniors highlights the need for systemic changes to British Columbia's long-term care system, the leader of the Green party says.

Sonia Furstenau said Thursday at a campaign stop that long-term care in B.C. must shift from taxpayer-funded, for-profit operations to government-supported facilities.

She said the Greens will deliver system-wide changes to long-term care that are needed for an aging population but have been ignored by governments for decades.

“The pandemic has thrust this issue that has been wilfully forgotten into the spotlight,” she told a news conference. “For many people with parents in the system, the last six months have been agonizing.”

More than 230 people have died of COVID-19 in B.C., and most of them have been elderly residents of long-term care facilities.

Furstenau said the Green party's long-term care policy is its first major promise of the campaign leading up to the election on Oct. 24. She made the announcement in the Victoria-area community of Sidney, where a large majority of the population is elderly.

“Our seniors are not commodities that should be earning some investor a profit,” Furstenau said. “They are our parents, our grandparents, our aunts and uncles. They are the leaders in our communities. They should be respected as such.”

She said the Greens would also increase Isobel Mackenzie's powers as seniors advocate.

Mackenzie currently reports to the health minister, but the Greens would make her an independent officer of the legislature, similar to the representative for children and youth, Furstenau said.

She said she could not estimate the cost of her promise to transform the delivery of long-term care but that it would be an expensive change.

Terry Lake, CEO of the B.C. Care Providers Association, said the B.C. system is regarded as a model for other provinces.

“We would say our for-profit providers are by and large family-owned companies that are providing high-quality care,” he said.

Lake, a former health minister in B.C., said the Green plan to shift from for-profit care would be costly.

“For government to do this on their own would mean a huge, huge tax bill for B.C. taxpayers,” he said.

This report by The Canadian Press was first published Oct. 1, 2020.