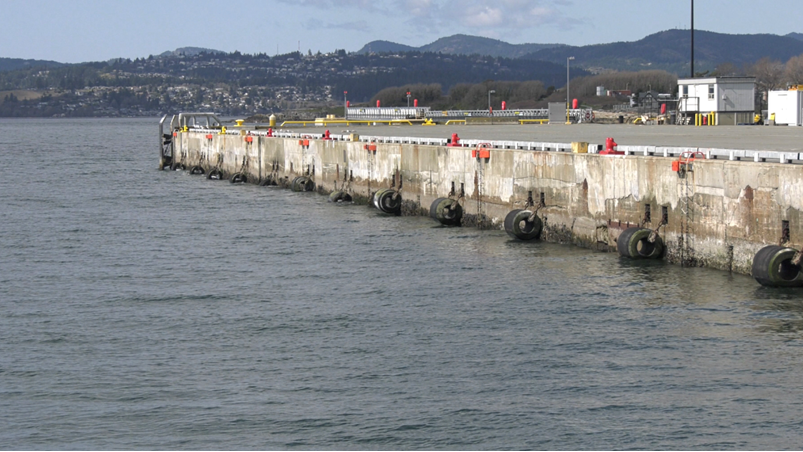 VICTORIA -- As it faces a second season with no cruise ships, the Greater Victoria Harbour Authority is seeing rough seas ahead and is asking for guidance from the Federal and B.C. governments on how to navigate the future of the industry.

For the second year in a row, the port authority will not have any vessels dock at Ogden Point due to COVID-19 border closures and a ban on cruise ships in Canadian waters.

With the loss of cruse ship revenue, the non-profit has been forced to layoff 35 per cent of its staff and cancel all capital projects.

“I’ve had to make some really difficult decisions to reduce our staff and not continuing any capital projects for this year,” said GVHA CEO Ian Robertson on Monday. “Any kind of plans are all on hold until we see some sort of cruise return to Victoria.”

Robertson says the non-profit organization can manage the drop in revenue due to a cash surplus accumulated in previous cruse ship seasons. He says the surplus has been moved to a cash reserve that will allow it to survive the current economic storm.

“Our organization is in some tough times now heading into a second season with no cruise,” he said.

“It’s having a significant impact on our operations, and I think of our operators here at the terminal who rely on cruise to support their families. It's devastating for all of us,” he said.

He says with the borders closed to non-essential travel until the end of 2021, the harbour authority is looking to 2022 to restart the cruise ship industry in Victoria.

“Cruise tourism is worth over $2.7 billion to the British Columbia economy and that’s a significant contributor,” said Robertson. “I think there needs to be a very real discussion around opening up the land and marine borders.”

Robertson says he feels it is important for the province to advocate to the federal government to formulate a plan to open the border to the cruse ship industry. He says there are strong indications from tourism operators and travel agencies that there is a pent-up demand for people to again travel by cruise.

“Once we all get vaccinated (against COVID-19) we need to be ready as people begin to travel,” said Robertson. “Starting up a cruise ship is not done with a flick of a switch, it's more of a dimmer switch approach and I think it is incumbent upon the government, both the province and feds, to say, 'Yes we are working on a plan.'”

He says it is the responsibility of both levels of government to engage industry leaders around the plans to open up the borders in 2022.

“The greatest challenge for us as an organization is the uncertainty around when cruise can return,” said Robertson. “While we are not looking for a specific date due to the increase in (COVID-19) variants at the time, the fact that we have no plan is very unsettling.”

Robertson says it is difficult to predict how the cruise industry will rebound once the pandemic dwindles down and borders reopen to pleasure travel. As the industry recovers he is confident that Victoria will remain a “go-to” destination for cruise ship passengers.

“We are very fortunate in that Victoria is connected to the Alaska cruise itinerary,” said Robertson. “I am certain that Alaska and cruise will come back very strong, but how long it will take, that is uncertain.”

The harbour authority is currently in discussions with the Federal and BC governments about a plan to open the marine border to international travel.