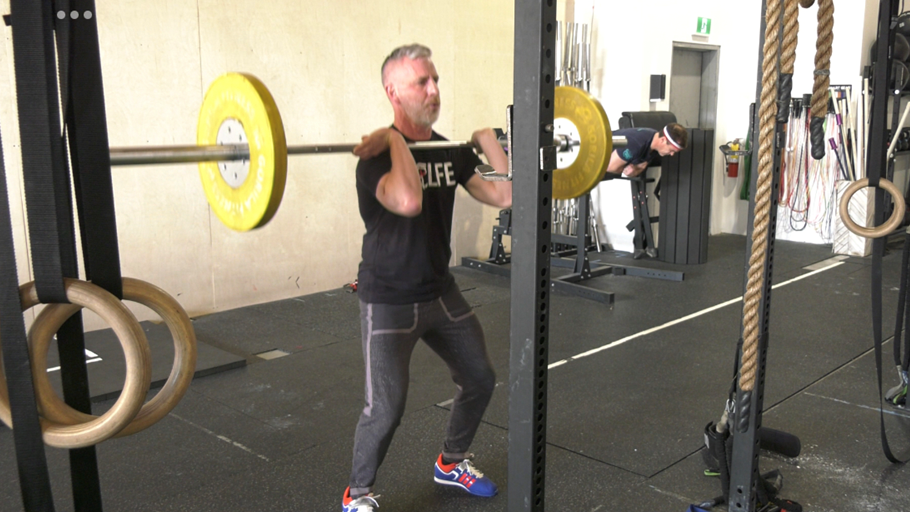 After being closed for almost a month due a provincial health order aimed at preventing the spread of the Omicron variant of COVID-19, gyms and fitness centres in Greater Victoria have reopened.

The owner of Langford’s CrossFit Lo Lo says the reopening of fitness facilities is important for the people who come to his gym to improve their physical health. With the gym closed since just before Christmas 2021, he says a large number of his clients felt disconnected and isolated from the community who train at his crossfit studio.

“Being around other people doing the same thing is the world to people,” said CrossFit Lo Lo owner Adam Davidson.

Davidson says his members were so eager to get back to fitness training they were lined up outside the door when staff opened the gym at 6 a.m. Thursday. He says he has also had a number of new clients sign up for membership with CrossFit Lo Lo since provincial health officer Dr. Bonnie Henry announced on Jan. 18 that the health order that shuttered B.C. gyms would be lifted.

“They’ve been wanting to start CrossFit or some fitness journey for sometime and they’re super happy to be back,” said Davidson.

The decision to close fitness facilities in mid-December was considered controversial by those who work in the fitness industry. Many gym owners and staff said at the time of the closure announcement that continuing to help people stay healthy, both mentally and physically, is important almost two years into the COVID-19 pandemic.

Many of the people who were working out at Davidson’s Langford studio Thursday were excited to be back.

“It’s so nice because you feel like you’ve been trapped inside your home for so long. It’s a godsend to be back and I’m thrilled.”

Meanwhile, in Saanich, the weight room at Commonwealth Place has also been very busy as people return to their fitness routines. Staff at the popular recreation centre say that as soon as appointments for 90-minute sessions were available, the facility reached Thursday’s capacity with more that 200 bookings.

“It’s the way they keep healthy, it’s where they see their friends and it’s where they have their social connections,” she said. “Its really critical that we’re open, even if it is under limited capacity so people can come back, make those connections and feel physically fit again.”

Though gyms are now open, there are also enhanced safety protocols in place to prevent the spread of the Omicron variant. The capacity at fitness facilities is limited to allow a minimum of seven square metres around each person exercising, and masks must be worn as people move around the space. Gym users must continue to meet vaccine passport requirements before entering a facility.

In an effort to meet provincial capacity guidelines, both Saanich Recreation and CrossFit Lo Lo are taking bookings for fitness sessions online.

“We’re doing the best that we can to make sure people still feel safe and that they are able to get their training in,” said Davidson. “It has such a huge impact on people’s mental health and wellbeing.”

Meta's new chatbot can convincingly mimic how humans speak on the internet: for better and worse.

The Indian capital reintroduced public mask mandates on Thursday as COVID-19 cases continue to rise across the country.