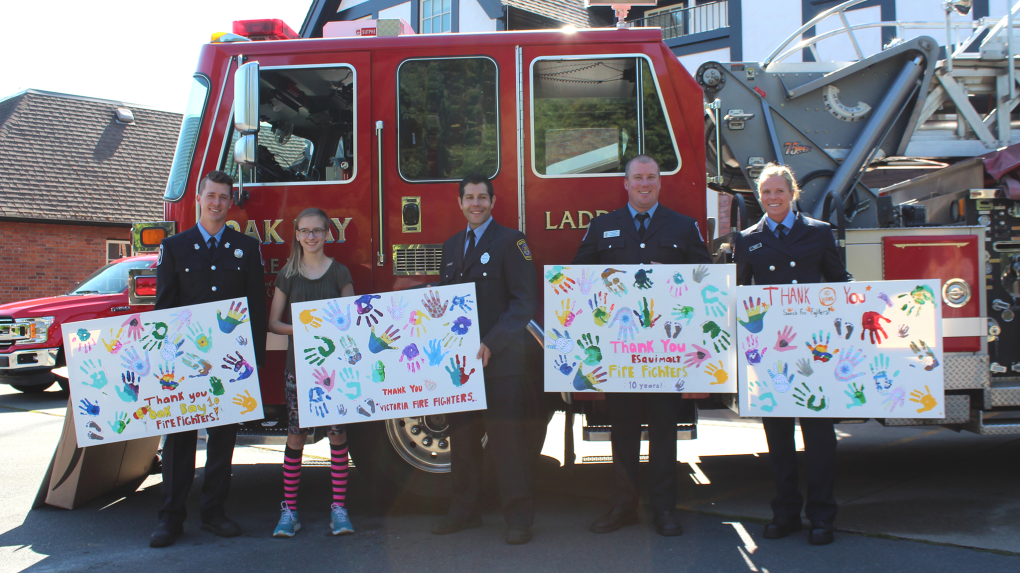 The fire departments of Saanich, Oak Bay, Esquimalt and Victoria have donated $250,000 to support child health care in the region over the past 10 years: (Victoria Hospitals Foundation)
Victoria -

Fire departments from across Greater Victoria donated $25,000 to the Victoria Hospitals Foundation on Thursday to support pediatric care in the region.

The donation was part of a 10-year promise from the Professional Firefighters of Greater Victoria Community Foundation to donate $250,000 to support child health care in Victoria.

Since 2011, the fire departments of Saanich, Oak Bay, Esquimalt and Victoria have donated $250,000 to support pediatric and neonatal care at Victoria General Hospital.

This year's donation will go towards acquiring pediatric stretchers, which are used to safely transport children and newborns.

"Our firefighters’ pledge to ensure our youngest and most vulnerable patients have access to leading-edge pediatric equipment and resources demonstrates their compassion and commitment to the community," said Avery Broham, executive director of the Victoria Hospitals Foundation in a release Thursday.

"They are helping us keep local kids on Vancouver Island as much as possible, by their family’s side—what a gift that is."

A 13-year-old former patient of the pediatric unit at VGH presented all four fire departments with art made by other young patients as a way of saying thanks for the decade worth of donations, the hospital foundation said Thursday.

"We are so proud to have partnered with the Victoria Hospitals Foundation and so grateful to have supported the littlest patients in our community over the years," said Frank Williams of the Victoria Fire Fighters Charitable Foundation.

"They are our future, and this is why it mattered so much," he said.

Victoria General Hospital is the referral centre for all maternity and pediatrics on Vancouver Island, according to the hospital foundation.