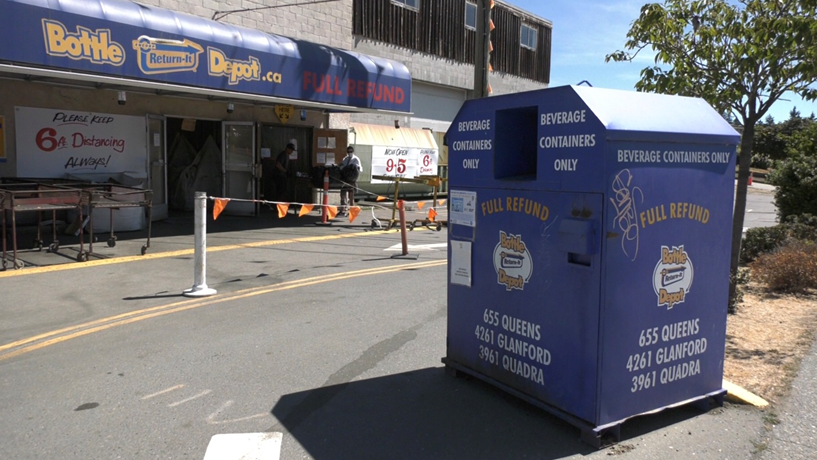 During the months of August and September, 100 per cent of the proceeds from beverage containers donated at Bottle Depot locations in Greater Victoria will support the 24th annual Cops for Cancer Tour de Rock.

This year marks the second year that staff at the recycling centres have stepped up to raise funds to help end childhood cancer. Last year’s container donations generated $27,000 for the Tour de Rock fundraising campaign.

“This year’s target is to raise over $30,000,” said the Bottle Depot chief operating officer, Adam Boswick.

“The symbolism of that ride, riding the entire length of Vancouver Island, is representative of the challenges that paediatric cancer patients and their families go through,” he said.

Boswick says when people donate their empty containers at any of the three Bottle Depot locations in Victoria and Saanich, they are not only helping raise money for childhood cancer research, they are also helping the environment.

The Canadian Cancer Society says fundraising efforts by companies like the Bottle Depot are critical to the success of the annual Vancouver Island fundraising ride.

“The need to fund research is greater than ever,” said the Canadian Cancer Society’s Tiffany McFayden. “There’s still kids that are being diagnosed with cancer everyday and we couldn’t reach our goal without supporters like (the Bottle Depot).”

Staff at the Bottle Depot have set up special donation bins at the company's location at 655 Queens Ave. in Victoria, and at its Saanich locations at 3961 Quadra St. and 4261 Glanford Ave.

Alumni riders will kick off the 2021 edition of the Cops for Cancer Tour de Rock on the northern part of Vancouver Island starting Sept. 20. The ride will end 12 days later in Sidney on Oct. 1.