‘Grace of God she survived that crash’: SUV burns after slamming into pole in Nanaimo 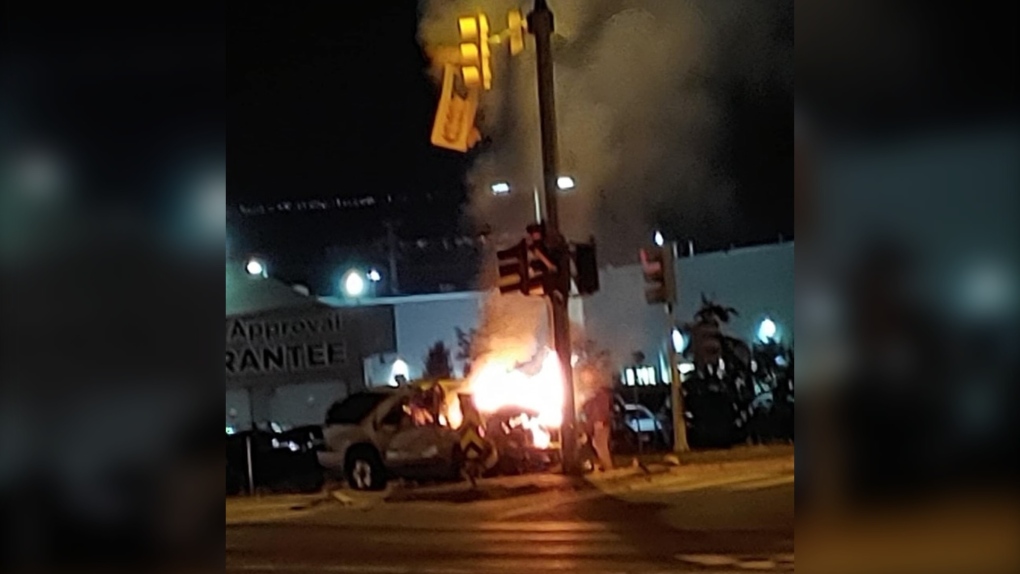 An older model Chevrolet Blazer erupts into flames after crashing head-on into a pole along the Island Highway: Oct. 15, 2019 (CTV News)

The single vehicle crash involved slamming into a pole head-on. Images shot by a local block watch organization show the SUV erupting into flames, with one photo showing the entire front seat and hood burning.

The driver, and only occupant of the vehicle, escaped unharmed.

“She got lucky,” said Cst. Gary O’Brien with the Nanaimo RCMP.

“Grace of god she survived that crash. She ran head on into a pole.”

Police say drugs and alcohol are not factors in the early morning collision. A mechanical issue with the SUV is being investigated as the likely cause, according to police.