The victims of a double homicide on Vancouver Island are being remembered as a loving and goofy father and son duo.

Tom Johnson and son, Brad Johnson, were found deceased in their home in Crofton, B.C. in the early hours of Saturday morning.

Justin James Dodd, 33, was arrested at the scene and has since been charged with two counts of second-degree murder.

A friend of the Johnsons, Terese Shearer, says Dodd was a friend of Brad's from high school, and that the Johnsons were helping him through a rough stretch in his life, though she admits she is uncertain on all the details.

She says the Johnsons had taken in Dodd for a couple of nights "just to help him get back on his feet."

"It's crazy to me that this guy came and got help from these two, and this is what they get," she told CTV News on Tuesday.

But, Shearer says she wants the community's focus to stay on the victims.

"They were such good-hearted people," said Shearer. "They would do anything for anybody, honestly." 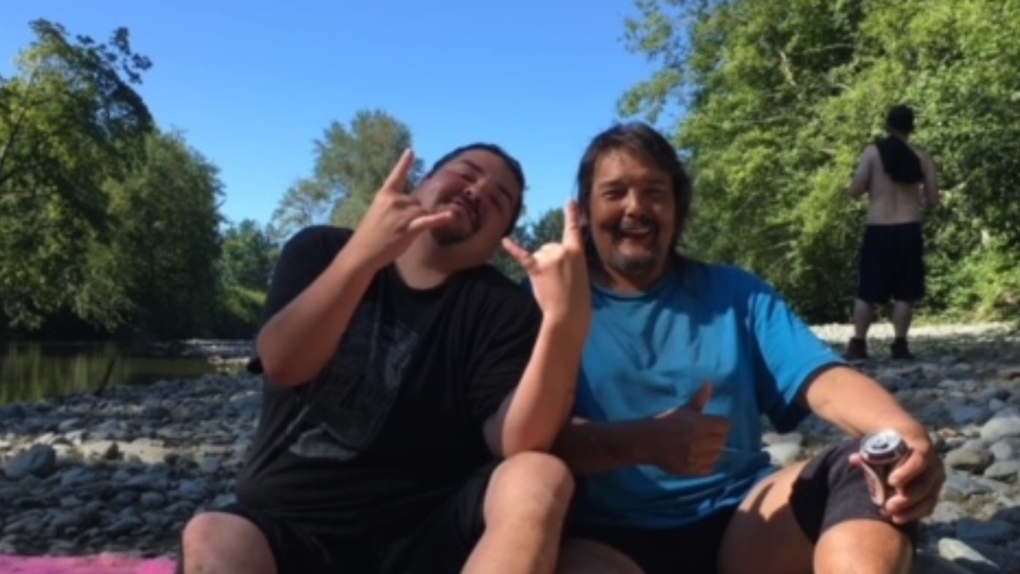 She says the father and son were "two peas in a pod" who spent lots of time together and acted like best friends.

"Brad was just like a teddy bear, he was a sweet soul. I can say that for Tom as well," she said.

Shearer says she's best friends with Brad's sister and Tom's daughter, Chelsea, and that she's grown up with the family for more than a decade.

On Monday, North Cowichan/Duncan RCMP said they were in the early stages of their investigation. Officers from Nanaimo RCMP's forensic identification section are also assisting with the investigation, Mounties say.

Dodd's next court appearance is slated for Nov. 2. None of the allegations against him have been tested in court.

"I want people to know about how good-hearted, how loving, and how kind Brad Johnson and Tom Johnson are," said Shearer.

"They had such hearts of gold and they were just the goofiest and funniest and most loveable people you could come across," she said. "And they're going to be missed every single day."

A GoFundMe page has been set up to help members of the Johnson family.