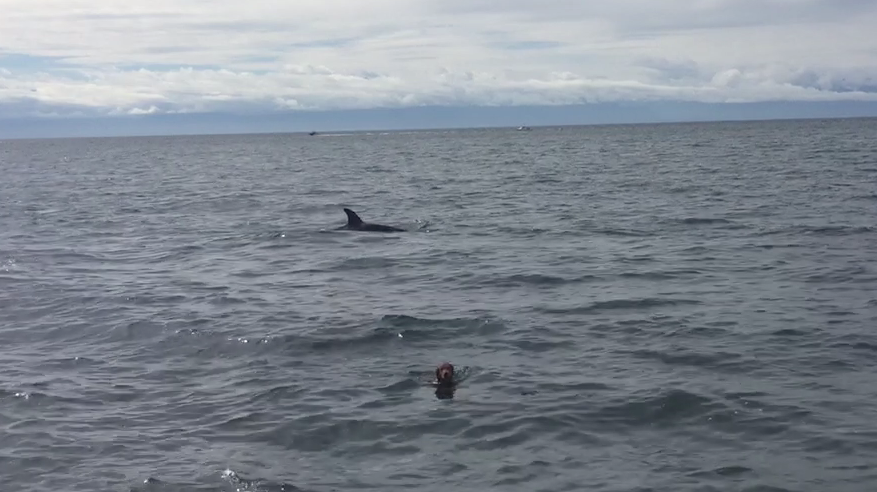 A calf and an adult whale were breaching about 20 feet from Colby, who was swimming in the water. (Alain Schmitz)

A dog swimming alongside killer whales isn’t a story you hear very often, or ever. But one Victoria man says it happened to his golden retriever and he caught the magical moment on camera.

Schmitz says he throws rocks and Colby will chase them into the water.

That’s what they were doing around noon on Sept. 7 when something unusual happened.

“I looked up and there were two whales,” Schmitz told CTV News.

A calf and an adult whale were breaching about 20 feet from Colby, who was swimming in the water, according to Schmitz.

He was worried the whales might think Colby was a tasty seal so he called her in and reached for his camera.

“She only came in because of the panic in my voice,” he said. “She would’ve kept swimming.”

Schmitz says the orcas were heading in the direction of Cook Street – looping around once before disappearing into the distance.

The dog owner was among a handful of people who experienced the incredible sight.

“I’ve never seen whales that close,” Schmitz said. “We were standing there with our jaws open.”