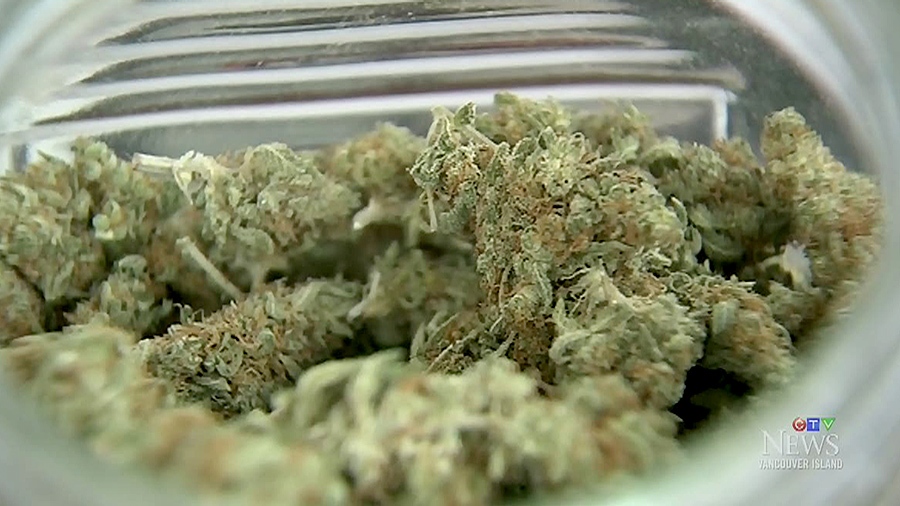 The city is set to regulate dispensaries, bringing them into the fold of legitimate licensed businesses.

If the new bylaws move through all three readings at a council meeting Thursday night, it will trigger the final stage of consultations.

It comes after the number of marijuana-related businesses in Victoria exploded from four to 38 in just two years.

“If you stand at the corner right now of Quadra and Balmoral, you can literally stand and count three dispensaries,” Mayor Lisa Helps told council.

Some say it’s time the shops, most of them not technically legal, play by the same rules as their neighbours.

“Unlike myself, I’m required to have a business licence or they’ll come out and put a stop-work order on my door and shut me down,” said One Hour Cleaners owner Peter Quakenbush. “They have not done that with any business related to the medical marijuana dispensaries.”

While Canadians wait for the Trudeau government to fulfill its election promise to legalize the drug, Helps says that could take up to two years – and council can’t wait to enact regulations.

“In the lack of federal leadership on this, we have to do something and this is what we’re doing,” she said. “Everyone’s supportive and we’ll move forward tonight to make those same recommendations at council.”

The city is looking at an array of rules for the businesses, including limitations on advertising and hours of operation.

Key proposals could force all of them to apply for rezoning, and they’d need a business license.

There’s also talk of a 200-metre buffer zone between dispensaries, something some owners say would wipe them off the map entirely.

“I’ve tried as hard as I can to find how these proximity conflicts will be resolved and on what basis, and nobody’s been able to tell me,” said Bill Negreaff of the B.C. Pain Society.

There are existing federal limitations on advertising and strict rules against consumption on sites that deal with cannabis.

Because of that, city staff and councillors at Thursday’s meeting felt the exposure to children is mitigated.

If the regulations are approved in Thursday’s vote, the public will still have one more chance to weigh in, likely in September.