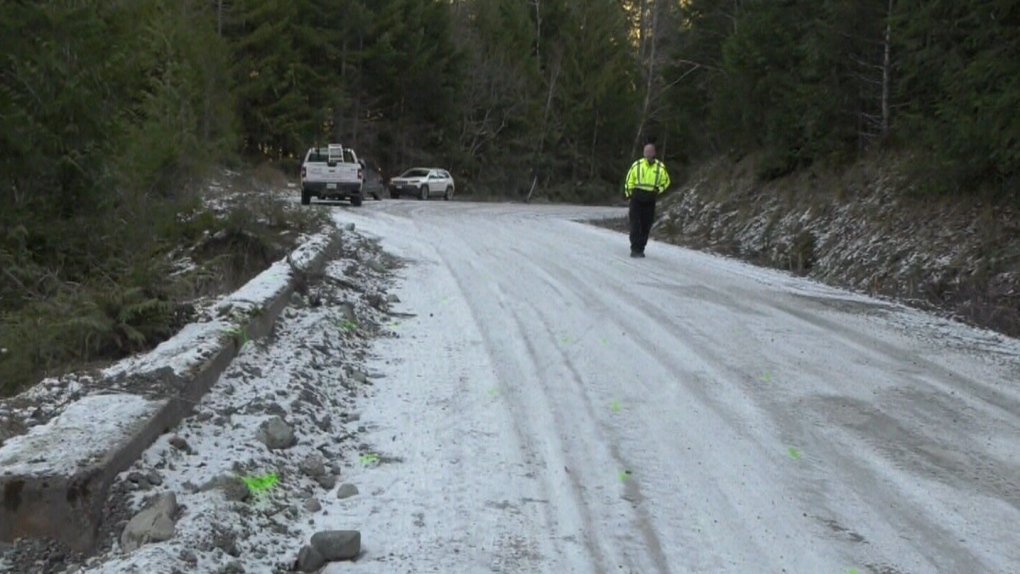 Emergency crews investigate after an SUV rolls off a cliff in Port Alberni.

Condolences have been pouring out online for a young Port Alberni man who died in hospital after a vehicle he was in rolled over a steep embankment.

Connor Gagnon, 24, is being remembered as a good soul, friend and brother.

Police say a Jeep SUV was on Cameron Main when it rolled over and drop approximately 250 feet down a steep embankment at about midnight on Thursday.

There were seven occupants in the vehicle, four of them made their way up the road before emergency crews arrived.

Port Alberni Fire Department along with search and rescue teams lifted three individuals from the steep embankment. One person was airlifted to a Victoria hospital and another was taken to West Coast General Hospital.

Gagnon succumbed to his injuries in hospital.

A friend who asked not to be identified tells CTV News “he was the best and happiest guy I know.”

Investigators from the Vancouver Island Integrated Collision Analysis and Reconstruction Services are examining the incident.

The driver of the vehicle is cooperating with police and officers do not believe alcohol to be a factor.