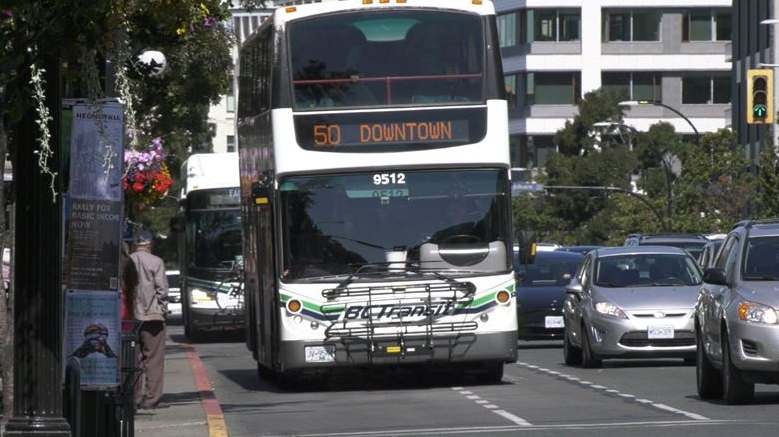 Cyclists in Greater Victoria can get free transit from Oct. 3 to Oct. 9 by using bus bike racks or showing their bike helmets when they board.

As part of Go By Bike Week festivities, BC Transit representatives will be at Saanich Municipal Hall from 3:30 p.m. to 6 p.m. on Oct. 6 to demonstrate how to use the bike racks on the fronts of BC Transit buses.

"BC Transit buses are equipped with bike racks on the front of the bus, making it easier for cyclists to combine two forms of sustainable transportation when travelling longer distances - or when the weather changes throughout the day and makes cycling more challenging than it was first thing in the morning," the Crown corporation said in a news release.

Bike racks on community buses and "smaller fleet buses" cannot be used after dark, because they obscure the vehicles' headlights, the transit provider added.