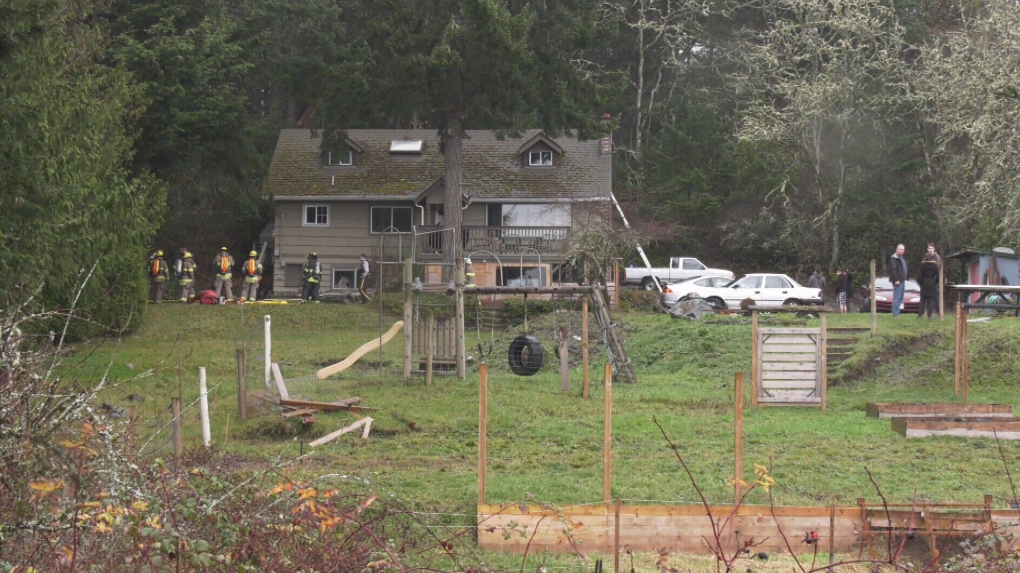 One person was injured after a fire at a View Royal house on Saturday. (CTV News, Eric Llloyd)

VICTORIA -- Four people were able to escape a fire that tore through a View Royal house on Saturday afternoon.

Fire Chief Paul Hurst tells CTV News Vancouver Island that they received multiple 911 phone calls about the fire and heavy smoke was visible coming from the area of Atkins Road.

“BC Ambulance treated one of the occupants,” said Hurst. “I am not sure what the injuries were.”

Firefighters responded to the fire just after 10:30 a.m., but the house was difficult to get to.

“The house was difficult to access given its remote nature… the access is at a different street,” said Hurst. “The house is extensively damaged.”

The fire is believed to have started on the first floor and extended to the second floor.

“We are not sure what the room is for but it consumed three rooms on that side of the house,” said Hurst.

Four people living at the home are now displaced and emergency social services were called in.

“It looks like it was an accidental fire, but crews won’t be able to determine that until they do an investigation," said Hurst.

Investigators are trying to determine what caused this fire.