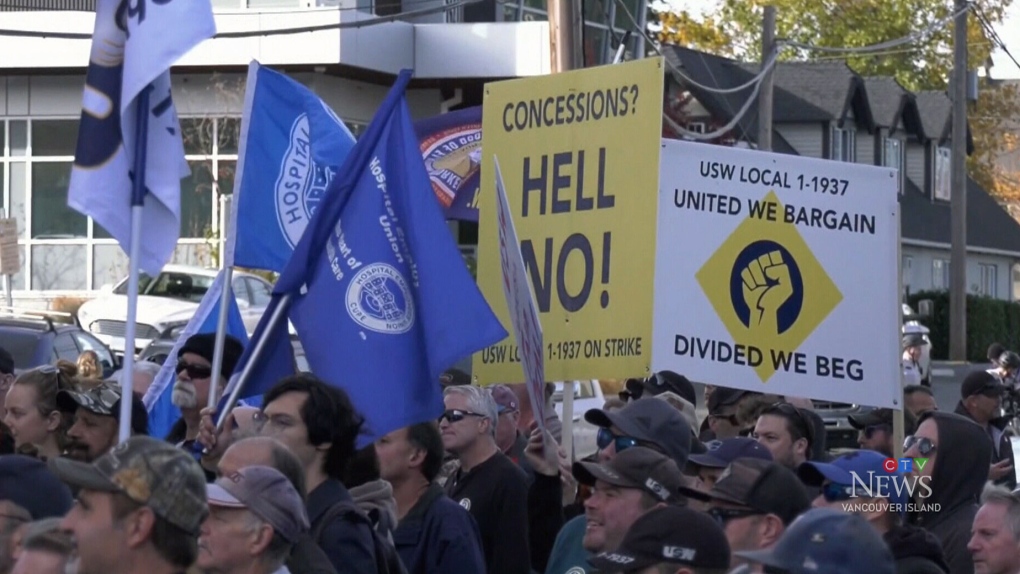 VICTORIA -- The mayor of Port McNeill says she is "intensely disappointed" about the recent breakdown in negotiations between Western Forest Products and the United Steelworkers Union as the forestry strike nears the six-month mark.

On Tuesday, Western Forest Products announced that the most recent round of bargaining between the forestry company and the union broke down, with no additional meetings scheduled.

"After resuming discussions with the United Steelworkers Local 1-1937 (“USW”) on a new collective agreement, negotiations have reached an impasse and no future mediation dates have been scheduled at this time," the company said in a news release.

The strike, which began on July 1, directly affects approximately 3,000 British Columbians who work for the company, including hourly employees and contractors.

Many members of logging communities on Vancouver Island say the strike is damaging relationships and finances and has prompted small volunteer organizations, like Loonies for Loggers, to help provide forestry workers with necessities during the nearly six month strike.

On Tuesday, the union also made an announcement on their Facebook page saying that they were disappointed about the breakdown of negotiations.

"It is very unfortunate that WFP chose to come to mediation this week and spent two days of talks, without moving on one single issue," said the union.

"They continue to maintain concessions on contracting out that would completely undermine members job security and refuse to address the memberships need to have a say in unsafe, family disrupting alternate shifts that they can and do impose."

On Tuesday evening, Port McNeill Mayor Gaby Wickstrom said in a tweet that it was nearly "unbearable" to see her community struggling.

"I have no words available to describe my intense disappointment," said Wickstrom.

"Seeing the look of despair on the faces of struggling community members is almost unbearable," the mayor said.

Back in November, Wickstrom made a similar statement when she penned an open letter to negotiators for the union and Western Forest Products.

In that open letter, the North Island mayor said the that labour dispute was "killing" the community and that the length of the strike was making it increasingly difficult for people to recover from.