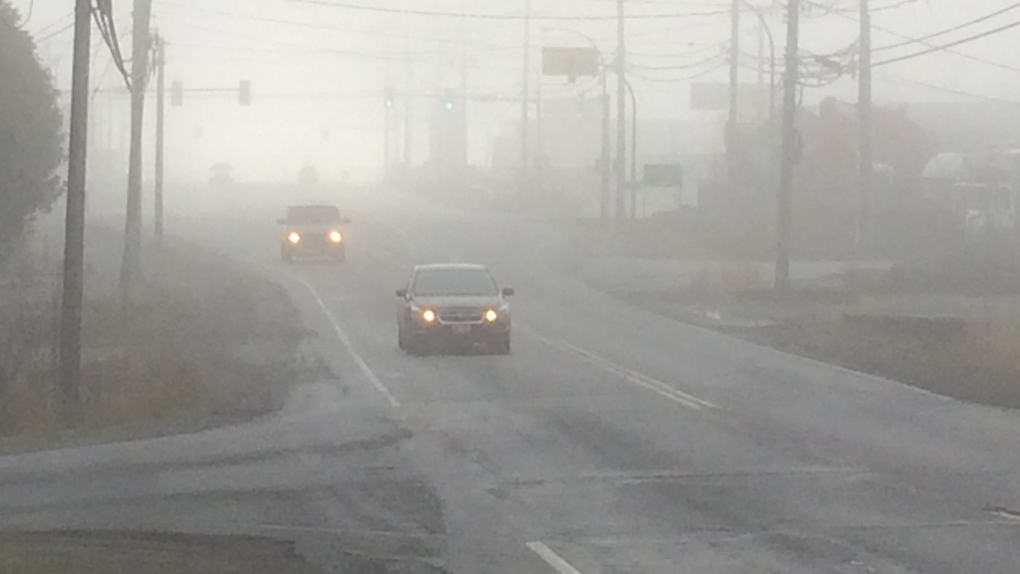 Fog advisories are in effect for Greater Victoria and all other parts of the island.

The fog may appear suddenly and reduce visibility to nearly nothing, especially in mountain areas, according to Environment Canada.

While all regions should expect patches of dense fog, Environment Canada says the advisories for East Vancouver Island have been posted for several areas in particular, including from Duncan to Nanaimo, Courtenay to Campbell River, and from Nanoose Bay to Fanny Bay.

"If travelling, be prepared for areas of near-zero visibility," warned the weather agency Tuesday morning.

"If visibility is reduced while driving, slow down, watch for taillights ahead and be prepared to stop."

The fog is expected to clear up Tuesday afternoon.