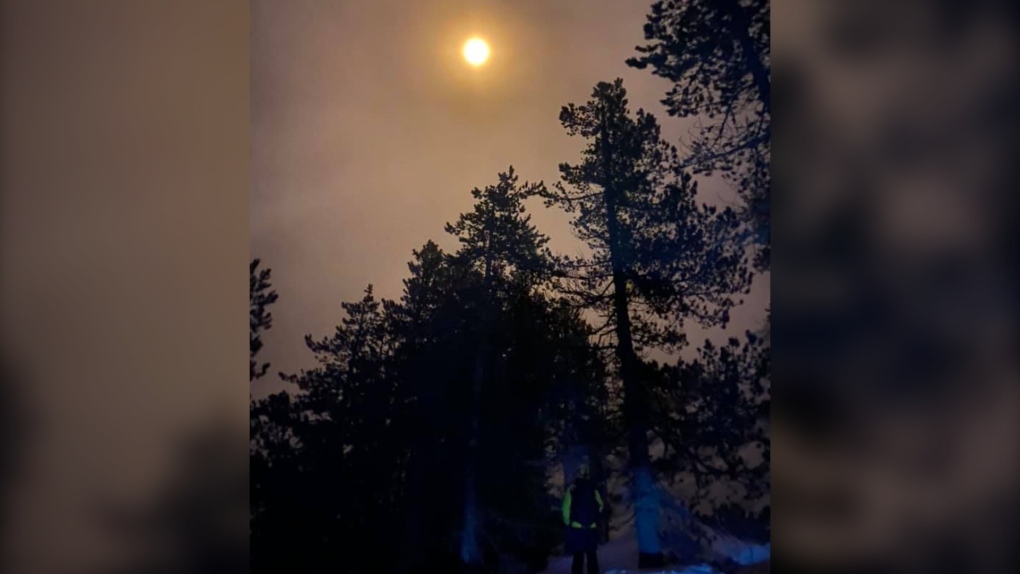 Search and rescue crews based out of Nanaimo were busy Saturday night after being called to assist an injured hiker near the summit of a local mountain. (Nanaimo Search and Rescue/Facebook)

VANCOUVER -- Search and rescue crews based out of Nanaimo were busy Saturday night after being called to assist an injured hiker near the summit of a local mountain.

Nanaimo Search and Rescue shared details of the call in a Facebook post, saying crews battled "extremely icy conditions, darkness and possible snow overnight" to rescue the hiker, who was stranded near the summit of Mount Benson.

Canadian Forces Rescue Squadron 442 Comox assisted search crews with both a fixed wing aircraft and a helicopter, but they were unable to lower search and rescue technicians due to poor weather conditions, according to the post.

Instead, they assisted by dropping flares to improve visibility for Nanaimo Search and Rescue team members, who evacuated the injured hiker from the mountain and transferred them to paramedics for treatment.

Eugene Touchette, of Nanaimo Search and Rescue, told CTV News Vancouver Island the process of getting the hiker down the mountain was "very tricky."

"It was very slow going for our teams, and very challenging just to move around," Touchette said. "We had the proper equipment to move safely on the snow, but it still slowed the process drastically down (compared) to a normal rescue in that area."

In all, it took roughly six and a half hours to extract the injured hiker from the mountain, Touchette said. He added that the hiker had a "severe," but non-life-threatening, upper body injury.

Warmer weather has caused the snow near the summit of Mount Benson to melt and refreeze in recent days, making the terrain hazardous and difficult to navigate, Touchette said.

"As a reminder, conditions are extremely icy at higher elevations and weather can change quickly during these winter months," the search and rescue team wrote in its Facebook post. "Plan ahead, leave a trip plan, and ensure your winter hiking essential gear contains items like micro spikes or trail crampons."

Crews also thanked squadron 442 "for their persistence in attempting to reach our location, and for the continued support throughout our rescue mission."

Saturday's rescue was actually the second of the day on Mount Benson. The first call came in around 2:30 p.m., and involved an injured hiker lower down on the mountain, according to Touchette.

"That one was a quick, textbook rescue," he said. "It only took about an hour and a half from opening to close. Unfortunately, right when we got to the ambulance, we got another call."