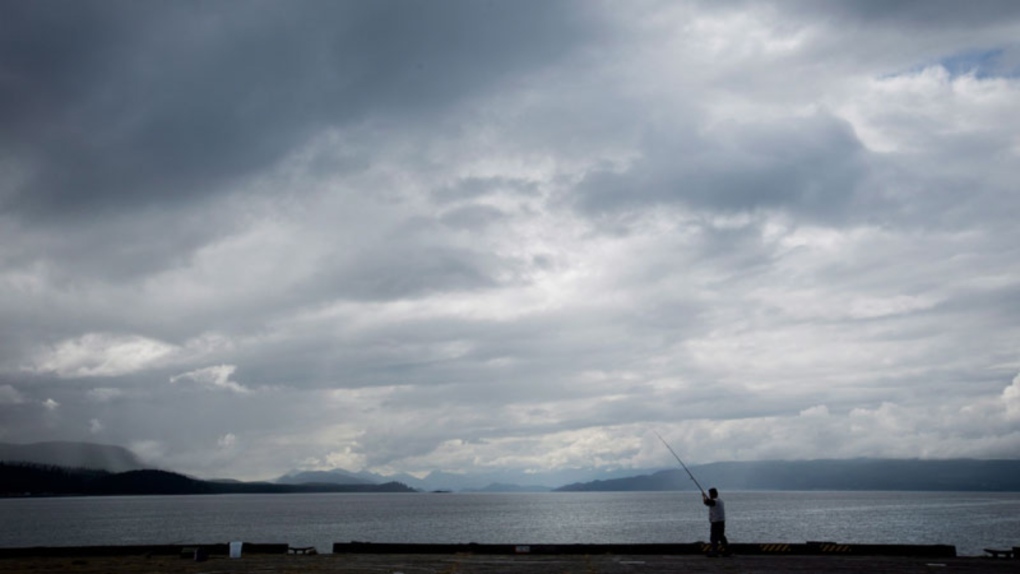 File photo: A man fishes on the end of a wharf in Sandspit, B.C., on Moresby Island in Haida Gwaii. THE CANADIAN PRESS/Darryl Dyck

VANCOUVER -- A fishing lodge in Haida Gwaii that faced criticism from local residents over its plan to reopen during the COVID-19 pandemic says it should've been excluded from the British Columbia government's decision to restrict access to the archipelago.

But access to Haida Gwaii by non-residents was restricted by the B.C. government on Thursday, with Public Safety Minister Mike Farnworth saying in a statement that it was part of an effort to limit the spread of COVID-19.

Twenty people have tested positive for the virus in the remote archipelago.

Brian Legge, the club's president, said the decision to restrict access to Haida Gwaii has effectively forced the fishing lodge to shut down.

“I think they could've excluded us,” he said in an interview. “We have 36 staff who were doing well, functioning well and are now unemployed.”

He believes his business poses little threat of spreading COVID-19 to the wider community as it's relatively isolated and would be able to airlift anyone who potentially fell sick back to the mainland.

Duffy Edgars, the chief councillor of the Old Massett Village council in Haida Gwaii, said in a previous interview that he found the decision to reopen two fishing lodges “disrespectful.”

Legge said he understood the concerns raised by members of the Haida Gwaii community, who are dealing with managing the outbreak, regarding guests coming to the lodge, but believed they had taken all the necessary safety precautions.

Legge also walked back an earlier press release which claimed staff and guests were “effectively stranded” on the island by the government's order.

He acknowledged that guests and staff aren't stranded, it just logistically provides more headaches in trying to have guests leave while also dealing with shutting the lodge down.

Emergency Management BC, the provincial body responsible for emergency management activities, said it hasn't received any requests for additional support or information from the club relating to the order closure, nor does the order restrict anyone from leaving Haida Gwaii.

It also noted that it let the fishing lodge know of the order before it had been made public.

This report was first published by The Canadian Press on August 2, 2020.