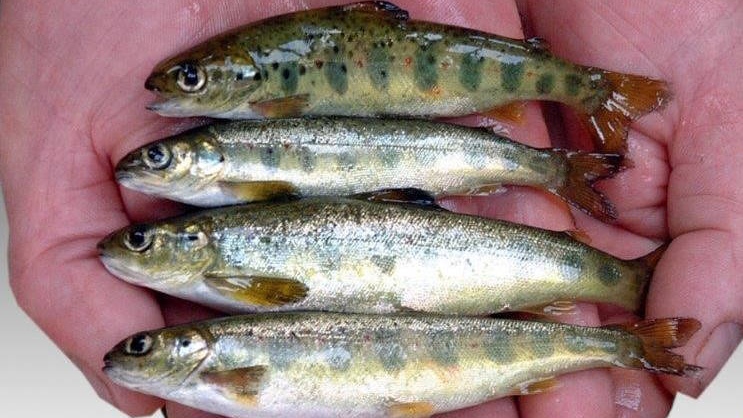 Mowi says the minister’s decision has left the company with no time to plan for alternative locations for the fish that are being raised in three island hatcheries. (Mowi Canada)

COURTENAY, B.C. -- The office of the federal fisheries minister is responding to claims by a Campbell River fish farming company that they will have to kill 2.6 million fish in the next few weeks.

Mowi Canada says that because they were not properly consulted by Fisheries and Oceans Canada (DFO), they didn’t have time to adjust to their operational cycle and therefore the smolts in their hatcheries will have to be killed.

“The swiftness of the decisions by (Fisheries) Minister (Bernadette) Jordan was unreasonable and demonstrated a lack of knowledge of the industry,” Mowi said in a statement to CTV News.

But the minister’s office is refuting that opinion.

“In regards to the decision to phase out the fish farms, the licences in the Discovery Islands have been renewed on a yearly basis for the past 10 years and always with the understanding that a decision would be made by the end of 2020,” said the DFO in an email.

Mowi says the minister’s decision has left the company with no time to plan for alternative locations for the fish that are being raised in three island hatcheries and were destined for farms in the Discovery Islands.

Mowi says their Discovery Island farms account for 30 per cent of their operations.

The ministry is calling the company’s decision to cull the fish unfortunate.

“The government is not directing the company to take this action,” the DFO says. “While the minister has indicated her intention that transfers into the Discovery Islands to new finfish will no longer be possible, DFO has not denied a request to transfer these fish to Mowi’s many other aquaculture sites.”

The ministry maintains the pens were not the right fit for the area and the decision was made after extensive consultation.

The company says the minister’s decision means more than 100 million meals will not be made available to consumers.