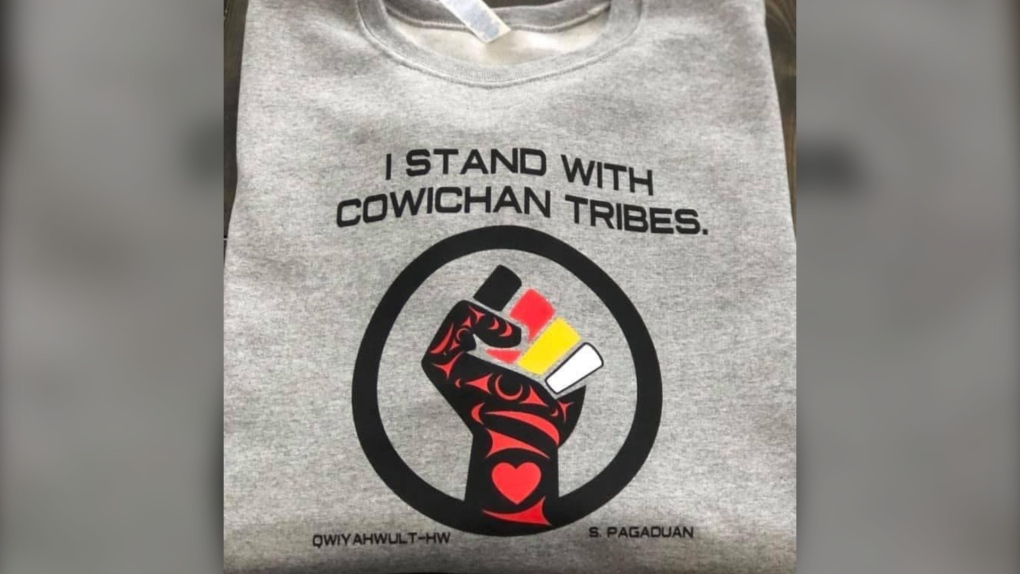 VICTORIA -- A First Nation leader is standing up to racism by making art.

Stuart Pagaduan, an elected councillor of the Cowichan Tribes First Nation, decided to create an image to stand up to racism towards his community after it was transparent in releasing information about COVID-19 cases.

“We can talk about things, but what are we actually going to do to confront this?” he said.

Earlier in January, the mayor of North Cowichan said he was disappointed and “pissed off” by some of the reactions he was seeing online in response to a cluster of COVID-19 detected among Cowichan Tribes members.

In a Facebook post, Mayor Al Siebring wrote that he has been "extremely concerned" with posts he has seen on social media reacting to the shelter-in-place order currently in effect on the Cowichan Tribes First Nation reserve lands.

“The colours represent all nations, all races of the world, and it represents unity. We stand together with our brothers and sisters no matter what colour they are,” said Pagaduan. “It’s an eagle to represent our strong spirit that we need to get through this.”

A local t-shirt company volunteered to print shirts with the image on them, said Pagaduan.

“I chuckle because a local company volunteered to print the shirts and within an hour they were overwhelmed with orders,” he said. “They saw it coming.”

Since then, the idea has taken off, and he said the response has surprised him.

“It sometimes feels like Indigenous communities are targeted and we feel all alone, but everyone started messaging and people started to pick up the story a bit,” Pagaduan said. “It created some momentum.”

Now, people are purchasing the logo for t-shirts, car decals, and posting it on social media.

“I donated my artwork,” Pagaduan said. “I don’t want anything for it, but all the proceeds will go back to Cowichan Tribes members, in particular the folk who have been struggling in isolation with COVID.”