First fine levied for getting too close to whales: Fisheries and Oceans 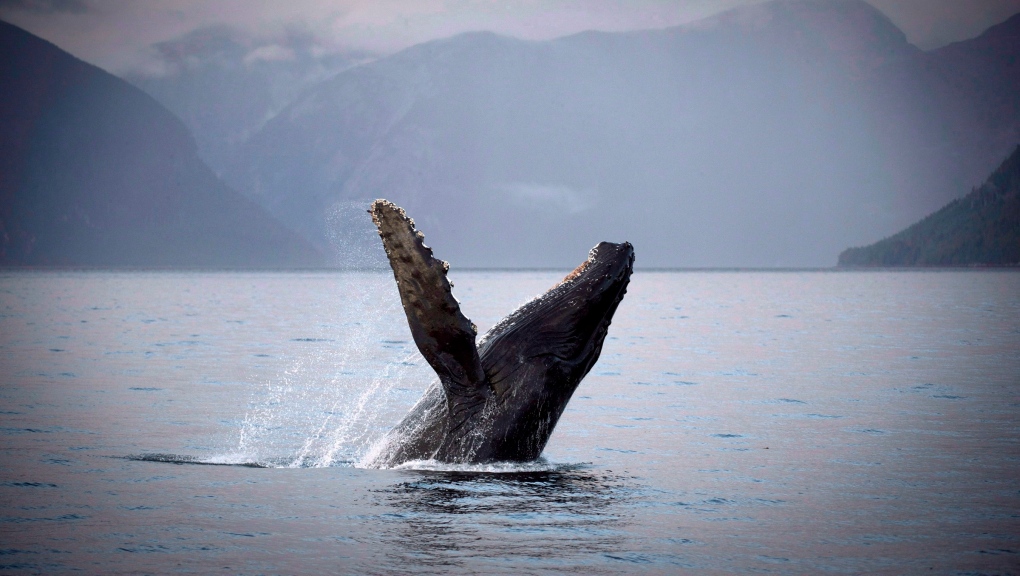 A humpback whale breaks through the water of Hartley Bay along the Great Bear Rainforest, B.C. Tuesday, Sept, 17, 2013. After a five-year delay, the federal government has published a final recovery strategy for humpback whales off the West Coast that recognizes shipping traffic and toxic spills as threats to critical habitat: (The Canadian Press/Jonathan Hayward)

PRINCE RUPERT, B.C. -- The federal government says the first conviction under new regulations meant to protect whales from being disturbed by people has resulted in a fine for a guide in British Columbia.

The Department of Fisheries and Oceans says a provincial court judge found Scott Babcock guilty of a violation under the Marine Mammal Regulations in August.

It says he was fined $2,000 and did two days of community service educating the public on boater safety near whales.

The department says the sentence related to an incident on July 19, 2018, when a humpback whale was approached at a distance of less than 100 metres in the Work Channel, north of Prince Rupert.

Under the regulations, anyone approaching marine mammals must stay at least 100 metres away from most whales, dolphins and porpoises.

This story by The Canadian Press was first published Dec. 11, 2019.