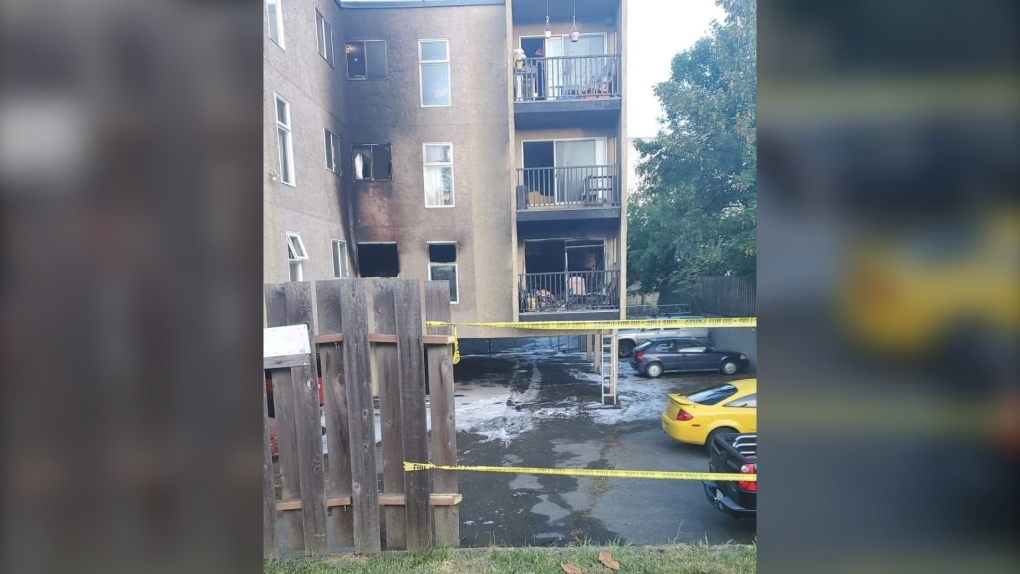 The incident occurred just before 4:45 a.m. at Murray Hill Apartments on Dowler Place in Victoria. According to the Victoria Fire Department, crews arrived to find a "fully involved" fire.

The resident of the unit where the fire originated had to be rescued from their balcony and was taken to hospital for treatment for smoke inhalation.

Two people living next door to the affected apartment also had to be rescued from their balcony, fire crews said.

Barbara Donahue lives nearby and said she was awakened by screaming and crying. When she looked out her window, she saw smoke, soon followed by flames "licking up the side of the building," she said.

"I thought the whole building was on fire," Donahue said. "Thank God it was just one unit."

The screaming was coming from a resident of the affected apartment, Donahue suspects. She said she had spoken to neighbours who got a ladder and began rescuing the resident, whose cat was still inside the building.

"She didn't want to leave because her little kitty was inside," Donahue said.

Fire crews joined in on the rescue as soon as they arrived, said Victoria Fire Department battalion chief Gord Taylor, adding that crews later found and rescued a cat from the affected unit.

The fire resulted in significant damage to the apartment where it originated, as well as smoke and water damage to the rest of the building.

The fire department estimates about $200,000 worth of damage resulted from the blaze, but that crews saved roughly $2.5 million worth of property from destruction in their efforts.

The cause of the fire is still under investigation, but Taylor said nothing suspicious has been discovered so far.

Residents of the floor where the fire broke out were not allowed to spend Saturday night at home, Taylor said, adding that residents of other floors would be allowed to occupy the building.