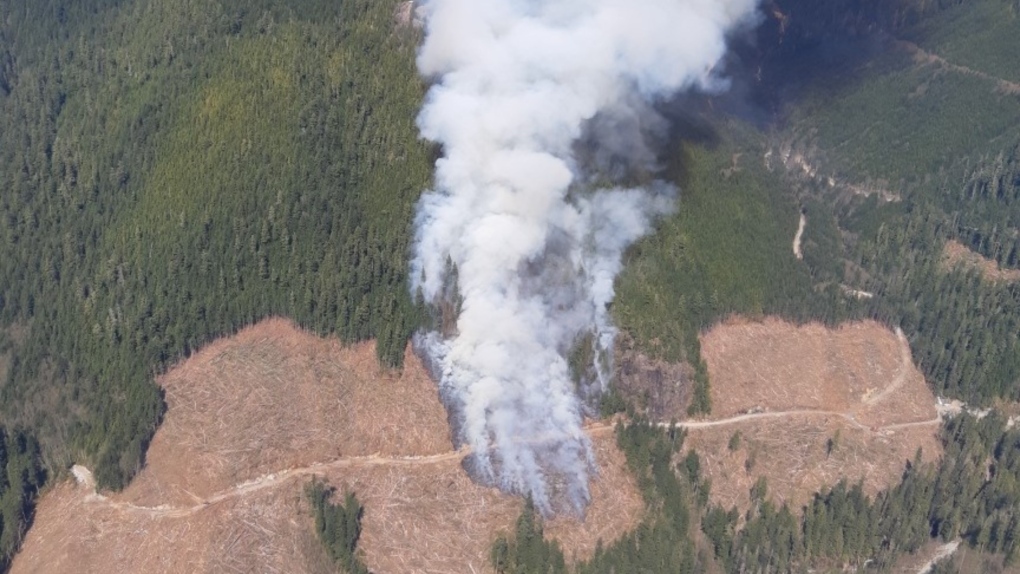 VICTORIA -- Firefighters on Vancouver Island are battling a large forest fire in a remote area near Gold River.

Donna MacPherson with the Coastal Fire Centre says the eight-hectare fire is still burning out of control Tuesday after firefighters arrived at the site Monday evening.

The firefighters camped near the blaze, which is approximately eight kilometres southeast of Gold River, in the rugged interior of the North Island.

Six firefighters and two helicopters have been attacking the flames since early Tuesday morning.

The fire is believed to have been caused by people in the area, MacPherson says.

The location is an active logging area with lots of downed trees and debris. The site is also on the side of a steep hill, which his causing further challenges for ground crews.

MacPherson predicts the fire will be one that “takes a while” to get under control due to the terrain and available fuel.