VICTORIA -- Firefighters on Vancouver Island continue to battle a wildfire near Nanaimo on Tuesday.

The fire is believed to have been sparked by lightning on Friday and has since grown to engulf 16 hectares on Green Mountain, approximately 30 kilometres southwest of Nanaimo.

On Tuesday morning, the B.C. Wildfire Service listed the wildfire as "being held" by firefighters in the remote and mountainous area.

"We're making very good progress on the fire but it's slow going," Jakobsen says. "We had a couple of cool, cloudy days over the weekend which his very helpful" 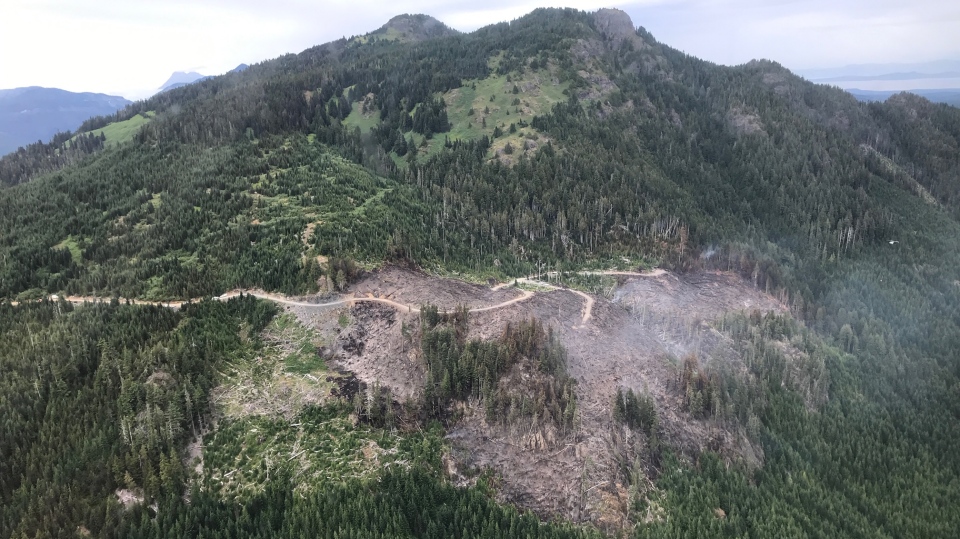 Green Mountain is home to a small population of endangered Vancouver Island marmots in a protected area.

"We know that it's there, we have it mapped," Jakobsen says of the habitat area. "The fire has encroached on about half a hectare of the 300-hectare wildlife management area which contains the critical habitat."

There are approximately 200 Vancouver Island marmots in the wild, according to foundation director Adam Taylor.

Another wildfire on Vancouver Island was sparked Monday near Parksville.

The Coastal Fire Centre says lightning is believed to be the cause of the small fire at Craig Creek, between Parksville and Nanoose Bay.