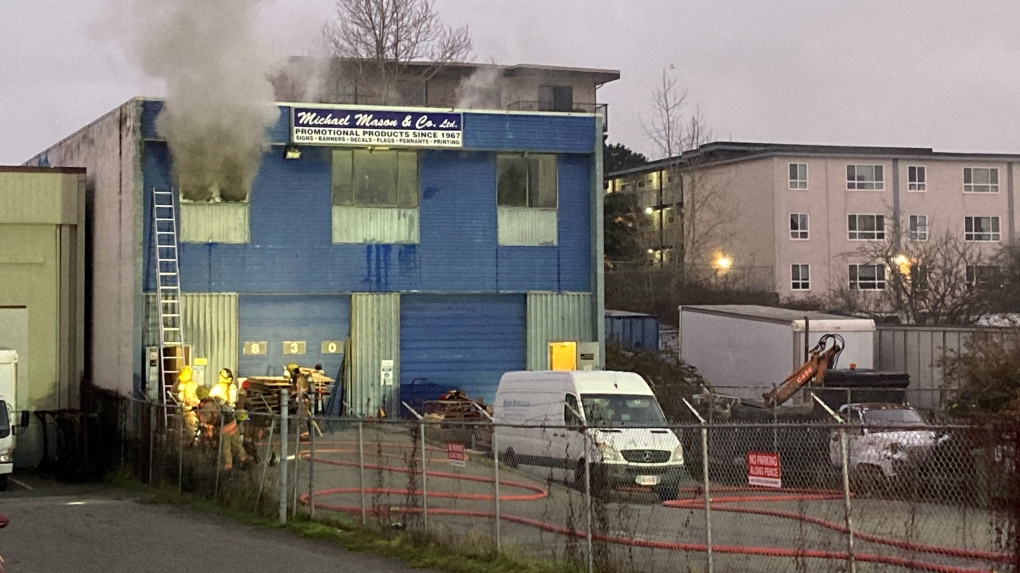 No one was injured and foul play is not suspected after a fire Tuesday morning in a commercial building in Esquimalt, B.C.

Firefighters were called to the scene just before 7 a.m., when the manager of a business on the property at 830 Devonshire Rd. noticed smoke coming from the building and called 911. 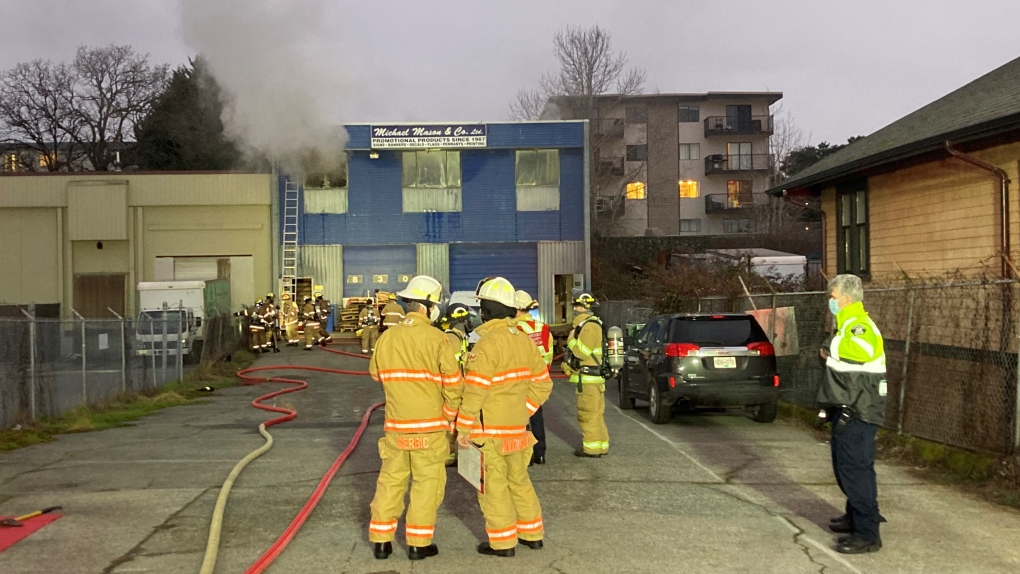 Firefighters were at the scene of a blaze in a commercial building in Esquimalt, B.C., on Tuesday morning. (CTV News)

Firefighters climbed a ladder and broke an upstairs window to gain entry into the area.

"As far as how it started, we're very early in the investigation right now so we can't say definitively what it was but that investigation is ongoing," Shields said. "But nothing to suspect any sort of arson or foul play."

The building was unoccupied at the time of the blaze.

Toronto Maple Leafs winger Mitch Marner was the victim of an armed carjacking outside a movie theatre in Etobicoke on Monday night, the club confirmed on Tuesday.

U.S. President Joe Biden and first lady Jill Biden paid their respects Tuesday at a makeshift memorial to the 10 people killed in the white supremacist attack in Buffalo, confronting again the forces of hatred he once said called him back to seek the White House.

Calgary police said in a statement issued Monday they have identified a suspect wanted in an incident that resulted in the death of a Calgary mother of five.

The body of 17-year-old Brittanee Drexel, who disappeared while visiting South Carolina's Myrtle Beach on spring break 13 years ago, has been found and a sex offender has been charged with murder, kidnapping and rape, authorities said Monday.

Today, there are two pieces of Quebec legislation that target religious and linguistic minorities. While he often talks about rights, Justin Trudeau has chosen to stand there, arms folded, and do nothing to defend people whose freedoms are being affected. He appears to be afraid of displeasing François Legault, writes former NDP leader Tom Mulcair in his latest column for CTVNews.ca.

Prime Minister Justin Trudeau says a soccer friendly between Canada and Iran next month in Vancouver is ill-advised. The merits of hosting Iran were raised by a reporter, citing families who had lost loved ones on Ukraine International Airlines Flight 752.

Queen Elizabeth II made a surprise visit Tuesday to a train station in central London to see a newly completed subway line named in her honour. The 96-year-old monarch, who has reduced most of her public engagements, appeared Tuesday at Paddington Station.