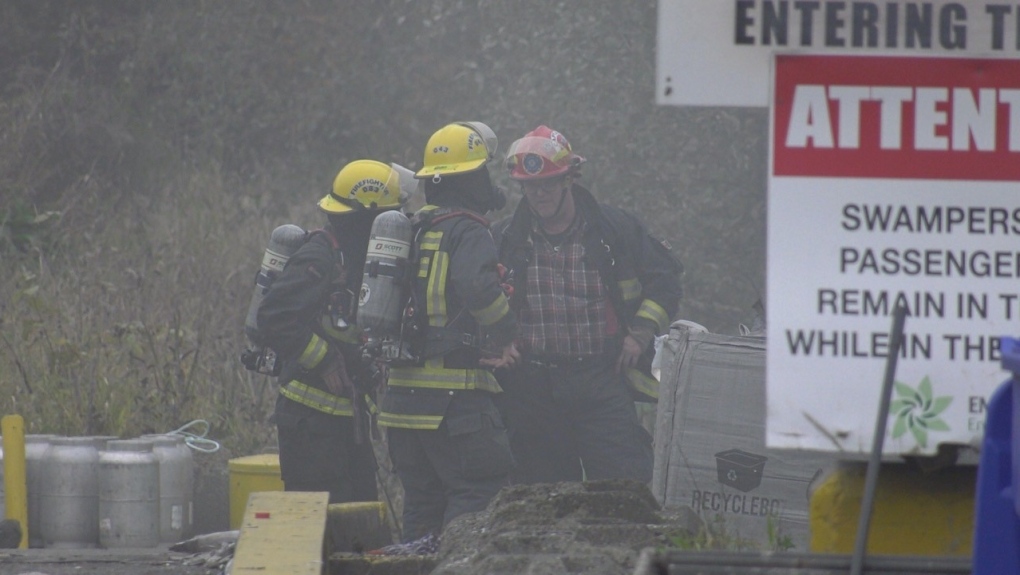 CUMBERLAND -- Cumberland firefighters are crediting an alarm system with giving them quick notification of a fire that broke out at a recycling facility Tuesday afternoon.

Crews were called to a fire at Emterra Environmental where the Comox Valley's recycling products are brought to. According to Cumberland Fire Chief Mike Williamson, the fire was confined to a hopper machine inside of the building.

"They think maybe a battery or something (started the fire)," said Williamson.

"It's happened before, where a battery gets mixed in with the recycling and it gets into the hopper and causes a fire," he said.

Crews immediately staged at fire hydrants around the property because fires can spread quickly at recycling facilities.

"At this plant here we've had fires where we've been here for days so this one was contained inside a hopper and not to the yard or the piles outside," said Williamson.

In the end, the fire took very little water to douse, at just over 1,100 litres, according to Williamson.

Crews cleared smoke out of the building and stood by for safety reasons as the hopper was cleaned out Tuesday.