VICTORIA -- A massive fire has destroyed a home in Lake Cowichan.

Firefighters were still on scene late Friday afternoon on Mountain View Drive, where a neighbour says he heard fire trucks coming up the street around 11 a.m. 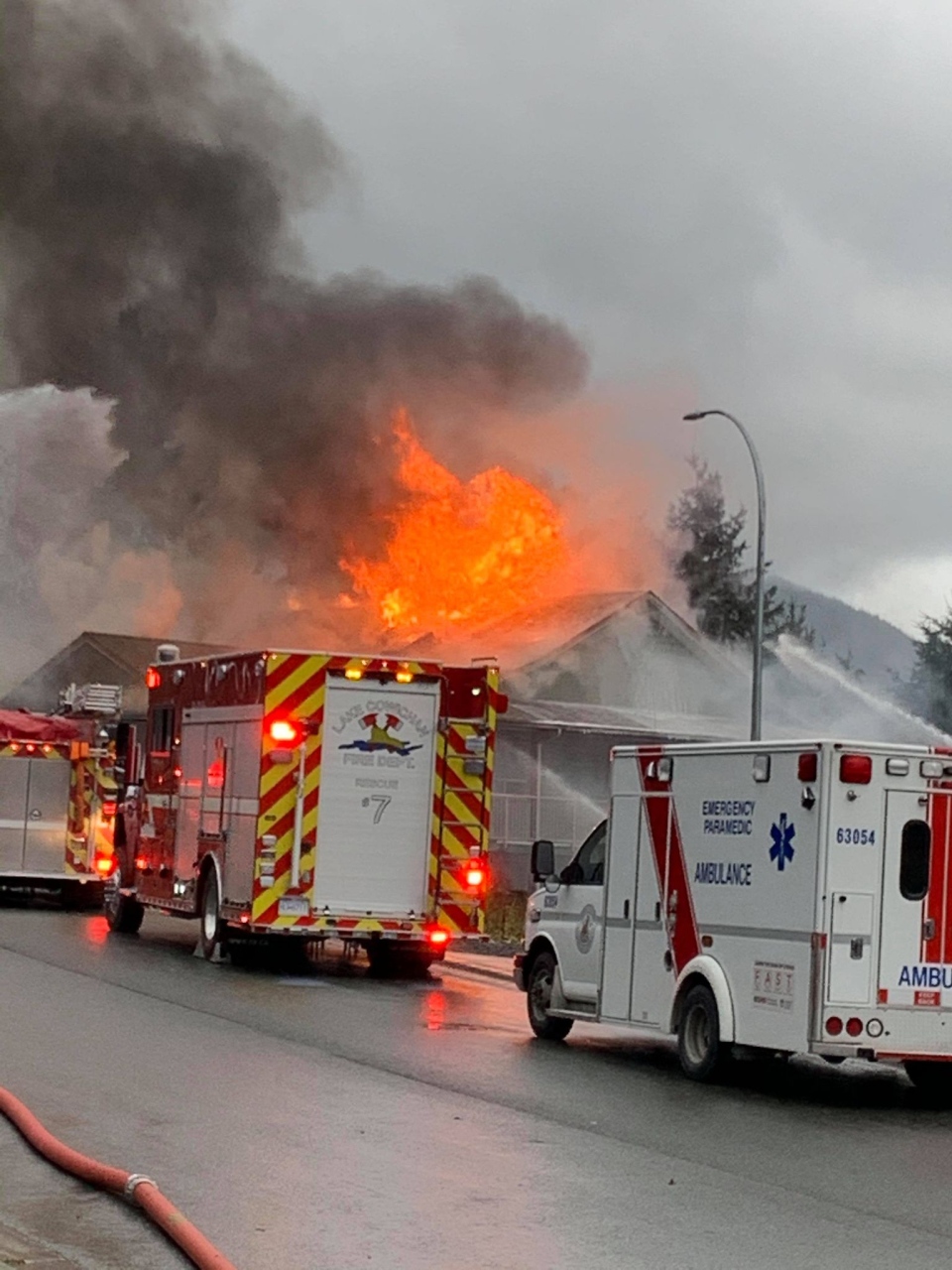 Parker said the house is occupied by a woman, her teenage foster son, a dog and some birds. 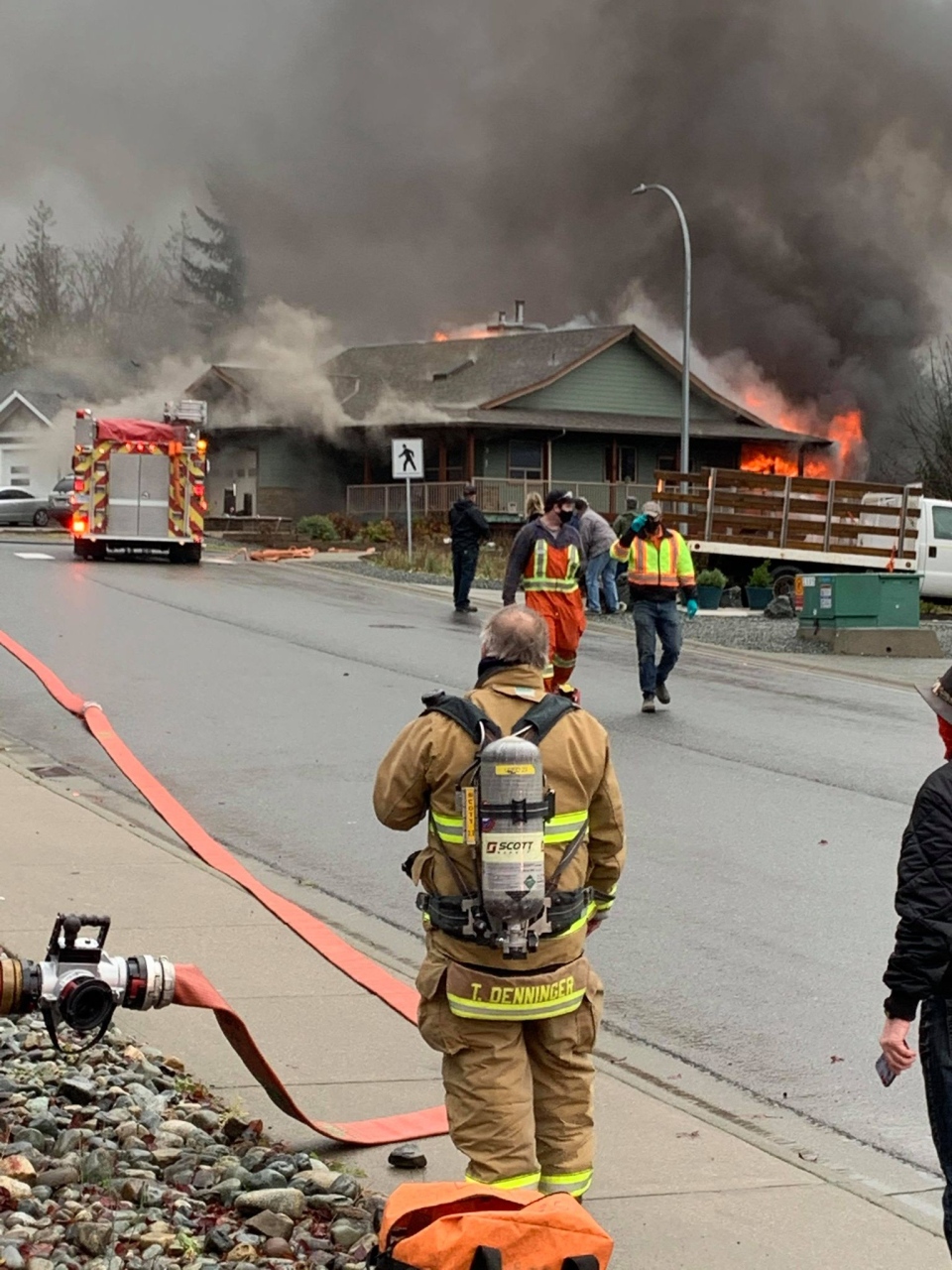 The neighbour said the people and the dog made it out safely but he believes the birds did not.

Video from the scene shows multiple fire crews battling the blaze into the afternoon.

The home is a single-storey structure in the front, but stretches into four storeys in the back with the slope of a hill. 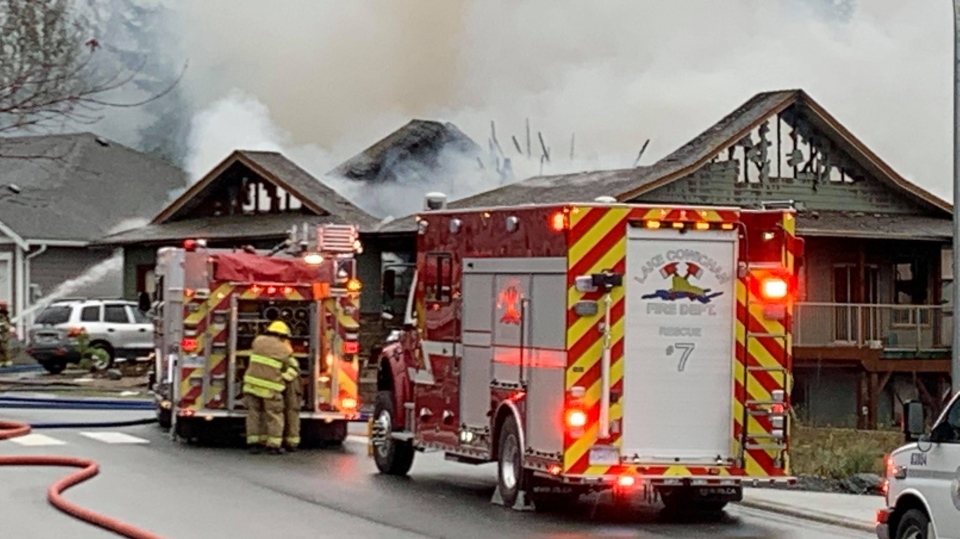