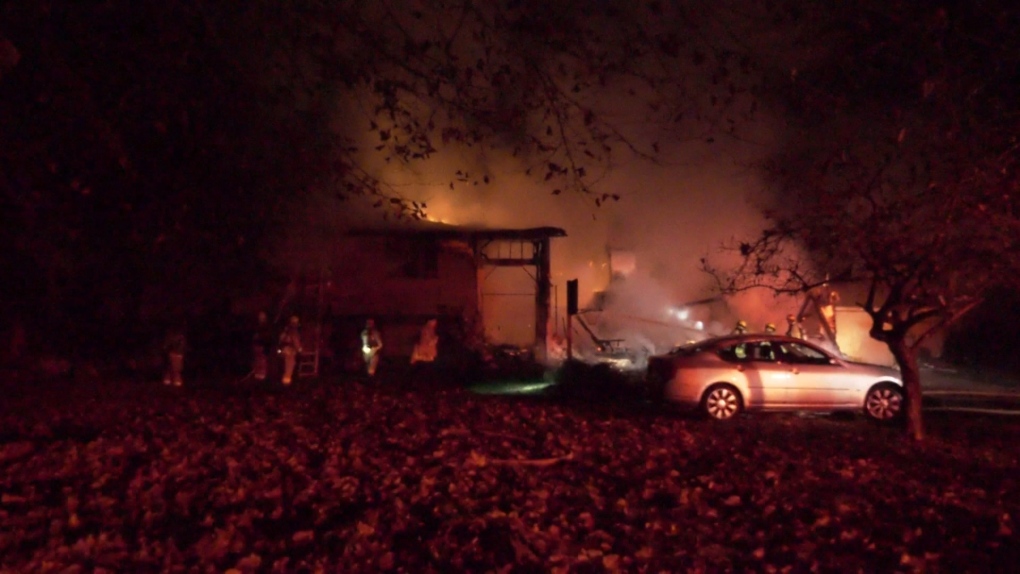 Firefighters arrived at the home on Raven Road North just before 6 a.m. to find a portion of the home fully engulfed.

"You could see right outside the back of the building," said Courtenay fire chief Don Bardonne.

Initially, crews were uncertain if the residents were home. They later determined that the family was in Vancouver at the time the fire broke out.

Bardonne said the fire was not especially difficult to contain, though the collapse of power lines leading to the building presented a hazard.