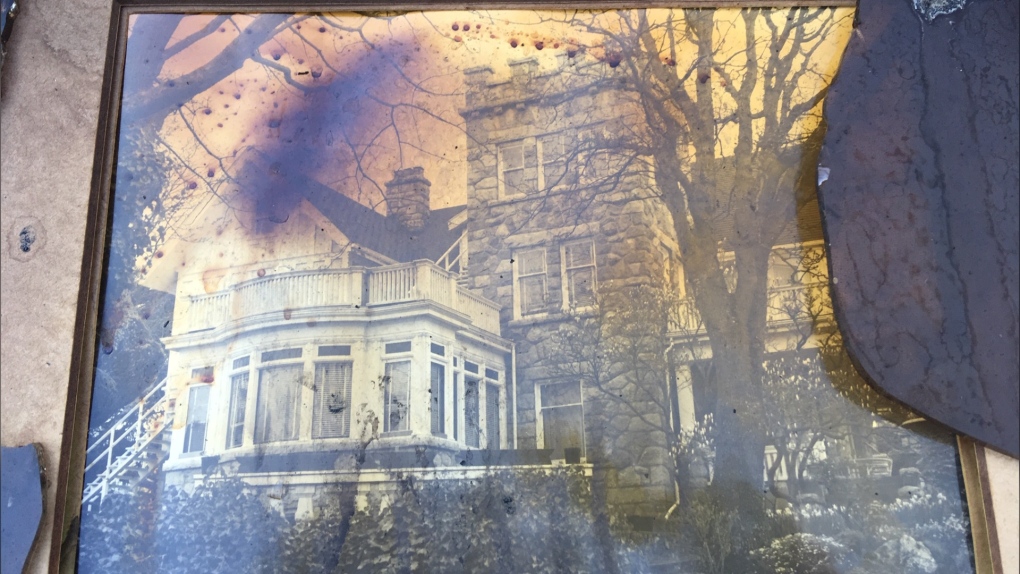 The Victoria Fire Department says that extensive damage has been done to the 109-year-old Spencer Castle: Jan. 16, 2020 (CTV News)

VICTORIA -- An early morning fire has done extensive damage to a historic, 109-year-old building in Victoria.

At 5:30 a.m. Thursday, the Victoria Fire Department was called to the 2900-block of Cook Street for reports of smoke in the area. Once firefighters arrived, they found Spencer Castle was on fire and quickly upgraded the call to a full response.

Officials say that the location of the fire made it difficult for firefighters to access.

“The sight itself is very challenging from an access perspective, located up on a bluff and tucked into the corner of the property,” said Victoria Fire Department deputy fire chief, Dan Atkinson.

“Weather conditions didn’t help out either, there was still a lot of snow on the ground and icy conditions.” 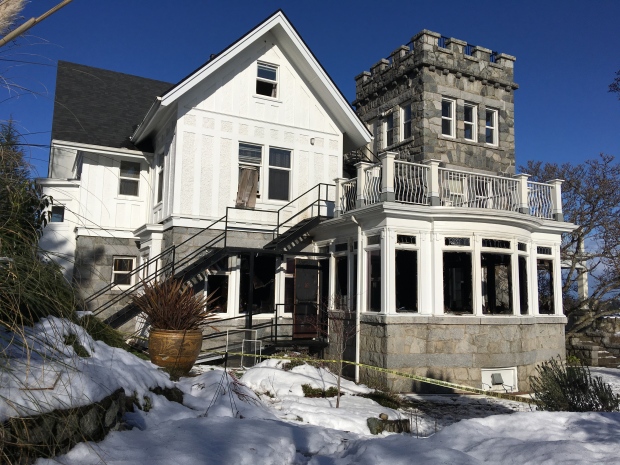 Firefighters were able to knock down the fire fairly quickly, but not before the building — which was first constructed in 1911 — had already sustained what is being described as significant damage.

“The property itself is a basement plus three floors and there’s fire damage on the bottom two floors,” said Atkinson. “The other two floors have smoke and water damage.”

The Spencer Castle was originally built by one of Victoria’s earliest architects, Henry Sandham Griffith, who designed the building for himself. Griffith lived in the house for 11 years until the first World War recession hit, forcing him to close up his Victoria and Vancouver offices and sell his estate to the Spencer family. It was then that the property took its name, Spencer Castle.

Many years later, the castle and surrounding property was sold to a developer who built condos around the building. It now serves as a community centre for owners in those condos.

Betty Poag is a resident of the condo development. Once the flames were put out, she came by to have a look at the damage.

“It’s heartbreaking, just heartbreaking,” said Poag. “Just a quick look — all that hand crafted wood is burnt and the Carrera marble that was located in the entryway is all burnt.”

The Victoria Fire Department says the fire is under investigation and that there is no indication at this time that the fire is suspicious.

Two firefighters suffered minor injuries while putting out the flames.