Fewer people in B.C. prescribed opioids but data for all provinces needed 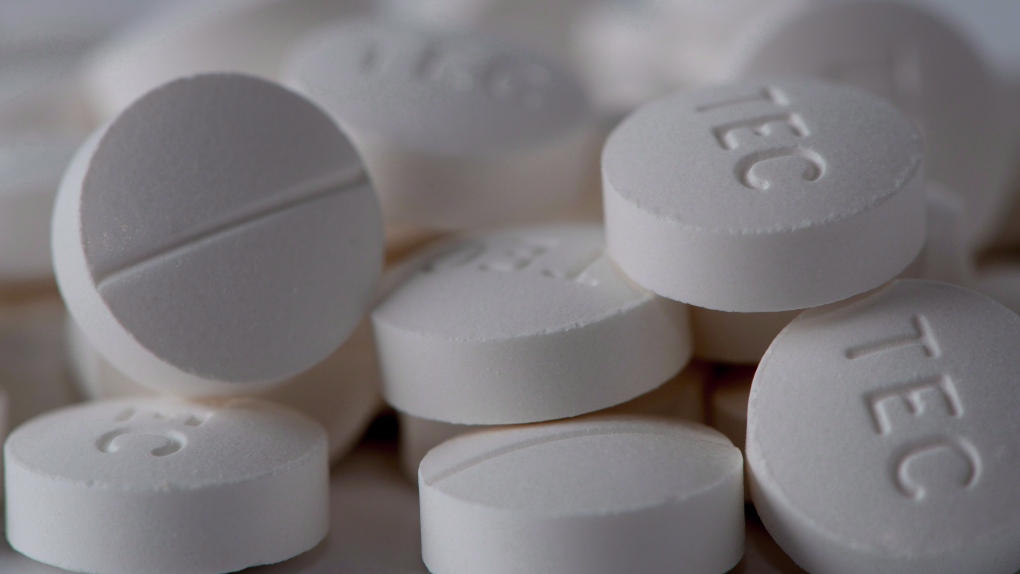 VANCOUVER - Fewer people in British Columbia, Saskatchewan and Ontario were prescribed opioids last year compared with 2013 and the number of patients who began treatment on the pain medication decreased by nearly 10 per cent, the Canadian Institute for Health Information says.

The institute said in a report released Thursday that eight per cent fewer patients, or about 220,000 people, in those provinces are taking prescription opioids while approximately 175,000 fewer people were started on the drugs.

Patients who began taking opioids were prescribed smaller doses for shorter duration and when it came to long-term opioid therapy, fewer people were prescribed the medication for a period of 90 days or longer before sometimes being switched to other types of drugs to manage pain, the agency said.

It said initiatives including national prescribing guidelines introduced in 2017, along with prescription-monitoring programs to help reduce harms related to the overdose crisis, likely influenced prescribing trends.

“Despite overall decreasing trends in the prescribing of opioids, opioid-related harms and deaths have continued to rise across the country in recent years,” the report says.

Michael Gaucher, director of pharmaceuticals for the agency, said only the three provinces provided complete data for opioid prescribing for the six years covered in the report but they represent a large portion of Canada's population.

Some chronic-pain patients have been concerned about being cut off opioids they need, and Gaucher said that is a valid issue to consider because opioids are an effective treatment.

“The concern with prescription opioids goes deeper than the person (taking them) and there can be others in the household that can access them,” he said.

Dr. Norman Buckley, scientific director of the Michael G. DeGroote Institute for Pain Research and Care at McMaster University, said “it's unfortunate” that data for Quebec and Alberta, for example, could not be included in the report.

He said doctors in Quebec generally prescribe fewer opioids than other provinces and are known for getting a substantial amount of education on pain management while physicians in Alberta and B.C., have access to real-time prescription-monitoring systems for patients.

“You could make the argument that having a concerted pain strategy actually also leads to less reliance on opioids,” he said from Hamilton.

Buckley, who often treats pain patients referred to him by other doctors, said it's important for patients to know they need to be tapered off opioids slowly.

“It's about correct prescribing or optimal prescribing rather than trying to drive the dose down. What you need to be looking at are things like measures of function, and those typically don't come through on large-scale administrative health data,” he said.

“You can't tell, if people's doses came down, did they stop going to work, for example, or did they start relying on more assistance for home care?”

Buckley said one of his patients, a man in his late 50s, had been prescribed opioids for 10 years due to a variety of workplace injuries but decided to taper off due to his concerns about long-term use.

His dosage was gradually reduced over a year and a half, Buckley said, adding his pain wasn't any better but his “mental energy” improved somewhat.

“He also finds he's edgier than he was so his wife has been in once or twice to say, 'Look, he gets grumpy a lot more than he used to but he's probably a bit more mentally active.' ”

The patient also received physical therapy, one of the ways the national guidelines advise doctors to treat pain beyond opioids, but many provinces don't cover such costs, Buckley said.

“A lot of people don't have that. This is one of the push-pull parts (of the issue). Optimal pain management includes more than medications. It includes education, sometimes cognitive behavioural therapy and exercise. But a significant portion of the country can't access those through their provincial health-care systems.”

Buckley suggested all provinces provide complete opioid prescribing data to the Canadian Institute for Health Information so a fuller picture of what's happening across the country is available.