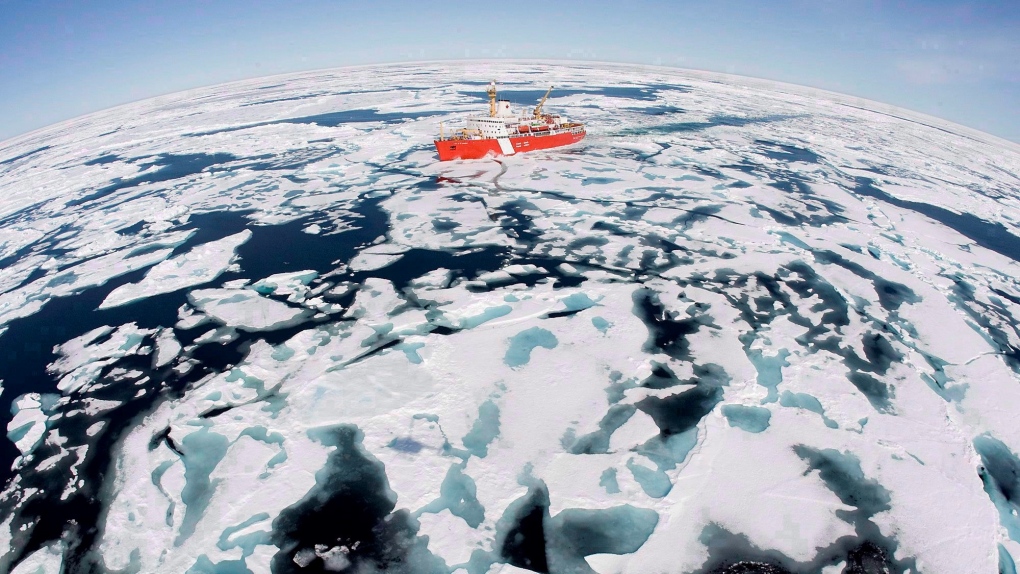 OTTAWA -- The Liberal government is asking Canadian shipyards to lay out why they should be chosen to build a new heavy icebreaker for the Coast Guard, setting the stage for a fierce new round of fighting among the country's major shipbuilders.

The government's request followed months of mystery about the fate of the CCGS John G. Diefenbaker, which was supposed to be built by Vancouver shipyard Seaspan before it was removed from the company's order book last May.

The ship was promised by Stephen Harper's Conservative government more than a decade ago and its disappearance from Seaspan's to-do list prompted myriad questions and speculation within official Ottawa, including whether the vessel was beirng cancelled.

Instead, the federal procurement department announced Friday shipyards across the country have two weeks to explain their “capability and capacity” to construct it.

“Our government continues to deliver on its commitment to equip the coast guard with the ships that it needs,” Public Procurement Minister Anita Anand said in a statement.

“Given the importance of icebreaking services and the complexity of this build, we are exploring all options to ensure that the ship is delivered as expeditiously as possible.”

The Diefenbaker, which is technically labelled a polar-class icebreaker and whose $1.3-billion budget is under review, was supposed to replace the CCGS Louis S. St-Laurent in 2017.

The government is now wants the Diefenbaker delivered by December 2029. The St-Laurent has been in operation since 1969, though the coast guard insists it is in good shape.

The opportunity to build the Diefenbaker is expected to set off a new round of furious lobbying by Canada's three major shipyards: Seaspan, Halifax-based Irving Shipbuilding and Quebec City's Chantier Davie.

The three are bitter rivals and have not spared any expense fighting each other - and Ottawa - for practically any scraps of federal shipbuilding work over the past decade.

Seaspan, which was tapped in 2011 to build the Diefenbaker as part of a larger order that also included four science vessels for the coast guard and two navy supply ships, wasted no time expressing its hope of winning the icebreaker back.

“We are pleased to see Canada exploring a domestically built polar icebreaker,” Seaspan vice-president Amy MacLeod said in an email.

“Seaspan Shipyards was purpose-built to deliver the entire non-combat (shipbuilding) program, including polar. We have the infrastructure, highly skilled team and supply chain in place today to deliver a world-class polar icebreaker on the government's timeline.”

Davie is expected to be Seaspan's main rival.

The federal government announced in December that Davie was the only shipyard to qualify to join Canada's multibillion-dollar shipbuilding strategy, which already included Seaspan and Irving and aims to build new warships, Arctic patrol vessels and science ships.

While that announcement set the Quebec shipyard up to win potentially billions of dollars of federal work building six medium icebreakers, it first started lobbying Ottawa for the Diefenbaker contract in 2013 and has made no secret of its desire to win the heavy icebreaker deal.

“Too much time and taxpayers' money has already been wasted by the decision from the previous government in according the construction of the Diefenbaker polar icebreaker to Seaspan,” Gingras said in an email.

“It is high time to correct this. Davie shipyard not only has the capacity but has the expertise and the know-how through a workforce that has, many times, produced high-quality ships throughout the years. Davie shipyard is the only logical choice.”

Timothy Choi, an expert on shipbuilding at the University of Calgary's Centre for Military, Security and Strategic Studies, was struck by the short time shipyards have to respond as well as the new December 2029 delivery date.

“This is apparently due to the (Canadian Coast Guard's) confidence in its ability to keep the Louis St-Laurent running until then, but it is still a substantial delay,” Choi said in an email of the new delivery date.

At the same time, he suggested Davie could have a leg up as shipyards will be required to show that they can build the Diefenbaker without affecting any of their other work, “though Seaspan might have enough leeway.” He also wouldn't rule out Ottawa sending the work overseas.

“I'd say that if any yard has a good chance, it'd be Davie, but it'll still be difficult to finish the (Diefenbaker) in time while also building the six other icebreakers,” he said.

“I get the sense that the government is shifting towards the possibility of buying the (Diefenbaker) abroad and that this (call for information) is just them doing the obligatory motions so they can say they've given Canadian yards a chance.”